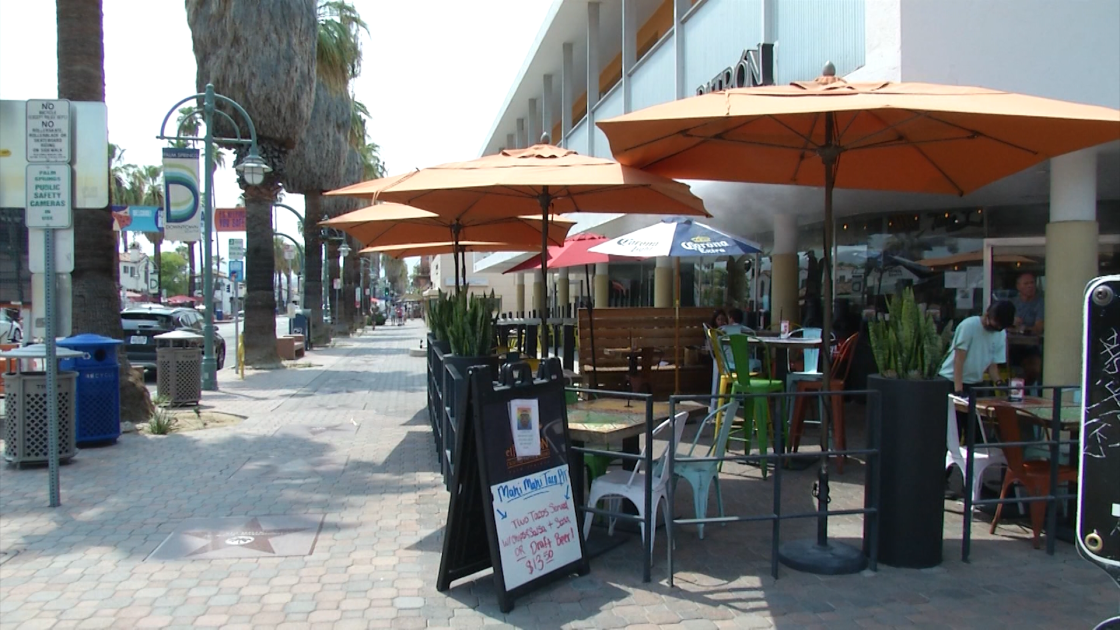 The move places Riverside County under the purple tier.

“All of us locals have really been struggling the last couple of months. I think opening the businesses and restaurants again to the purple tier will really help bring tourists back to the Palm Springs area,” said Borchers.

While the state’s decision benefits the local economy, the public health advocacy group CALPIRG says it puts lives at risk.

“We are still seeing an extremely high number of cases every day, and this is not the time to be letting down our guard,” said Emily Rusch, executive director of CALPIRG.

Gov. Newsom says the decision is based on projected ICU capacity for a four week period.

For Southern California, the state expects that number to be 33 percent.

But, Riverside Health’s website shows the region and county are currently at zero percent.

And, Gov. Newsom has not made that data available to the public.

“Honestly, fundamentally, I’m worried it’s the wrong metric to even be looking at when we’re looking at how to protect public health during a pandemic,” said Rusch.

Now, some experts are worried this change could lead to another surge.

Eisenhower Health’s records show that when the county initially eased restrictions in May, it led to the first major surge over summer.

Then, after the county phased into the red reopening tier for a month, hospitalizations continued to rise until the end of the year.

This time, Rusch says, there are added concerns.

“There’s a new, more contagious variant of COVID-19 in our state. We’re still seeing uncontrolled spread, and the vaccinations are rolling out painfully slowly right now. I am very worried that over the next few months, it could lead to a spike in cases,” said Rusch.

“Well, you know what I think this really is, is just the natural peaking and then plateauing and then coming down. We don’t want to get complacent and think oh we can pull back a bit,” said Dr. Fauci.