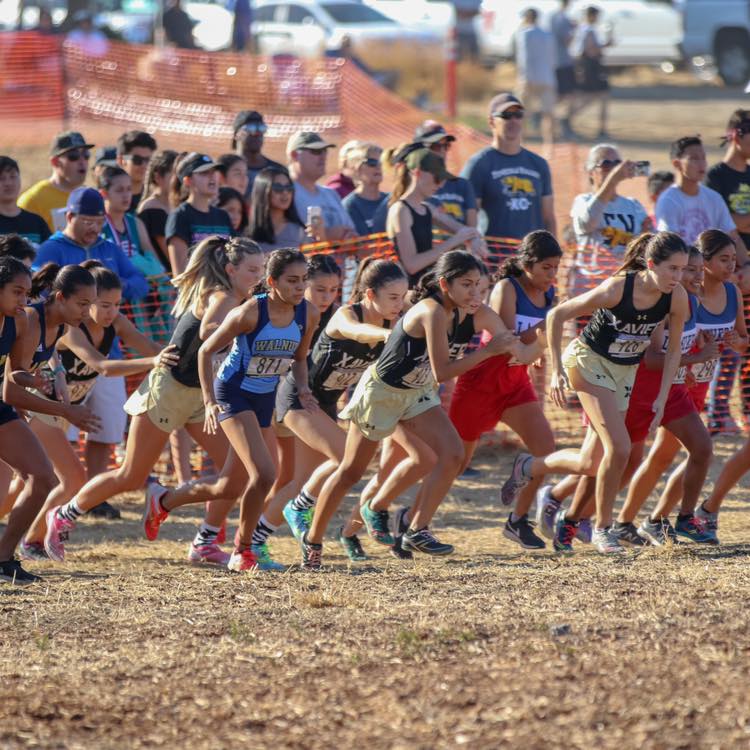 SOME* High School Sports Could Soon be Making a Comeback

The reality of high school sports returning has taken a shift in a more positive direction, California is no longer under stay at home orders. As Riverside County moves back to the purple tier, according to CIF’s tier system that coincides with the state’s, high school sports that are allowed to begin competition are tennis, swimming, golf, track and cross country.

Aron Lyons, head coach of the cross country and track programs at Xavier College Prep is excited about the possibility of competing again.

“Excited, obviously, that we’re going in the right direction. I’m excited that this gives us some sort of light at the end of the tunnel. I haven’t spoken with my athletes, we had an off day today. So tomorrow, we will resume practice and I’ll have a little bit of good news to present to them. They’ve been working hard since September in our cohort groups and coaches usually have some sort of leverage to entice them to practice, and we haven’t had that. There’s no coach that has had the leverage of competition to get the kids to buy into the practice. So any athlete that’s been going through these cohorts or their practices has really been doing so in good faith.

However, to just start the competition, again, is no simple task. Lyons explains that there are several hurdles and obstacles that must be tackled in order to start competing again.

“At the administrative level, you know, speaking as a coach and being plugged into the running community as I am, there are certain hurdles such as getting a county park or a city park to sign off on hosting a competition. The other hurdles, I would suggest you’re probably gonna be transportation, how do you transport a large number of kids, regardless of sport, to the contest? I know there’s been talk about having athletes competing masks if necessary. I think, you know, that’s a hurdle that’s going to have to be dealt with, especially when you consider some athletes might be asthmatic.”

Not only is there all the planning to think about, schools and athletic programs also have to keep these athletes safe, which is a top priority to Lyons.

“But my concern is, is suddenly now we have this option to compete, are we going to accelerate so quickly to be able to compete that we might be doing the athlete a disservice? We want to make sure all athletes have had a full complement of practices that they’re in a good position to be competitive. You know, we don’t want to risk injury. We don’t want to risk negative reward either, right? We don’t want an athlete to come out and try to compete too soon and, and maybe get disillusioned or discouraged by the results. So while this is a great first step, I think there’s a lot of other dominoes that would have to fall in place before we talk about having anything of a competitive season.”

Additionally, Desert Sands Unified School District has released a statement to NBC Palm Springs regarding the return of Cross Country:

“Earlier today, the California Department of Public Health lifted the stay-at-home order for Southern California.  This announcement puts Riverside County in the state’s purple tier.  Additionally, last week, CIF announced a new end date of March 27,2021 for Boys/Girls Cross-Country.  Of the Fall sports allowed in the purple tier and the CIF Fall Sports schedule, DSUSD only fields Cross-Country teams. The district is working with athletic directors and coaches to develop a plan for students to participate pending board approval. All practices and competitions will adhere to public health guidelines.”