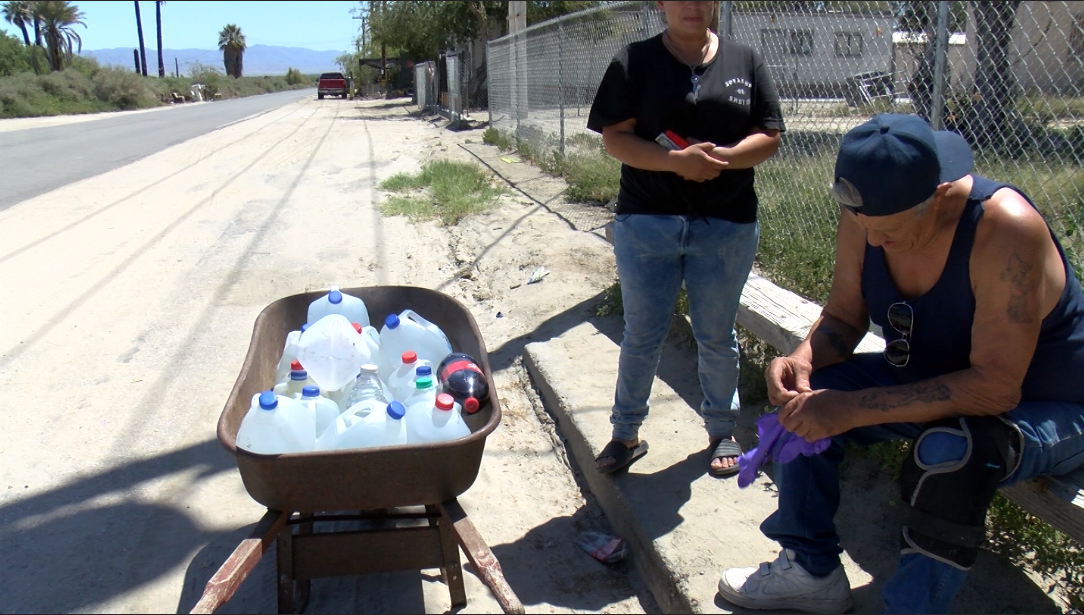 Sewage problems, high levels of arsenic in their drinking water and retaliation from the property owner are just a few of the complaints found in the lawsuit filed by residents at Oasis mobile home park, against property owners Scott Lawson and Sabrina Lawson.

“We’ve heard stories that the owner has been violent in the past so that’s also a fear that folks have,” said Nataly Escobedo Garcia, who is part of Leadership Counsel, an organization committed to help eradicate the inequality that impacts California’s low income, rural regions.

The attorney for the plaintiffs, Michael Claiborne, says these issues have persisted for years and there is reluctance to engage in a public way to try to address these issues in part because of threats of retaliation.

Residents living in Oasis Mobile home park and who want to remain anonymous also say that once residents started to speak up and complain about the living conditions, the owners retaliated by calling immigration.

They also explained that many have suffered from hair loss and other health issues because of the arsenic in their drinking water .

Though there have been some efforts to help from elected officials in Riverside County and all the way up to the EPA, residents are fed up with the slow pace of bureaucracy.

“Why is it that the county won’t build more affordable housing. If elected officials really do believe that we have issues with racism, it’s definitely time for them to step up and keep good on their word,” said Garcia.

However, this lawsuit is just the beginning of what is already a years-long fight. 24 residents joined the lawsuit and plaintiffs, but now they’re worried about further retaliation, including being evicted.

“Residents want to be relocated from the park and because there isn’t any affordable housing in the area. There needs to be new construction in the area and we know this is going to be a long term proposition but it needs to get done,” said Attorney Clairborne.

We have tried to contact the property owners several times, but they have not yet responded to our request for comment.