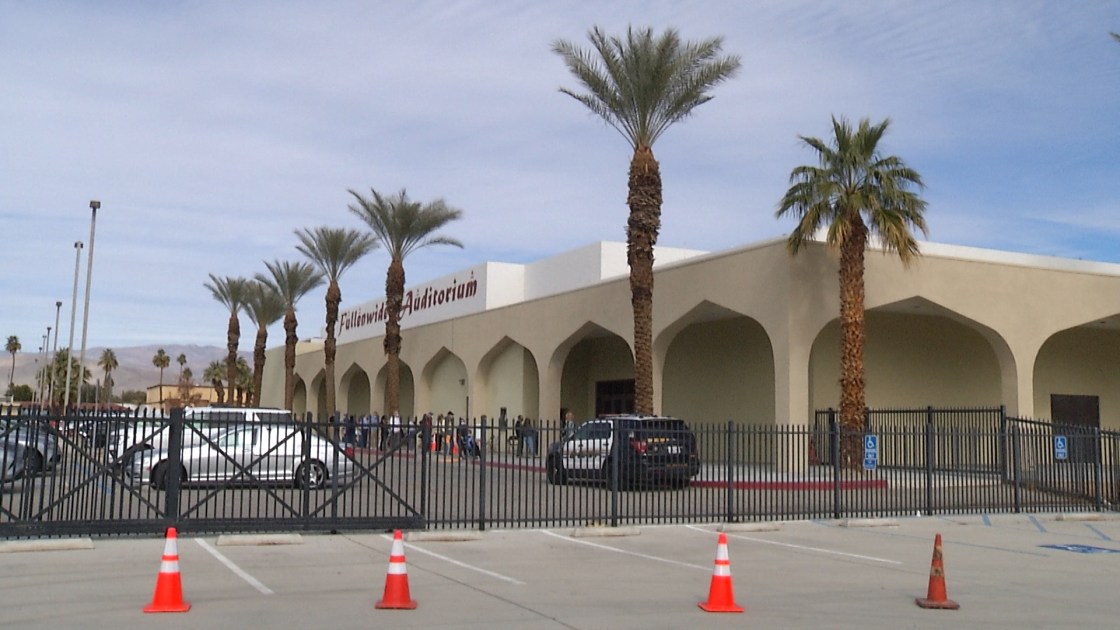 Vaccine Clinics For Those 85 And Older Becoming A Smoother Process

Nearly 77% of all vaccine doses in the county have been administered, which’s a step up from recent weeks when the distribution system was encountering many problems. NBC Palm Springs stopped by the vaccine site at the Indio Fairgrounds and explains what factors may be contributing to a better process.

Riverside County’s vaccination rate is currently higher than the state’s average of about 50 percent and organizers want to keep that momentum going.

“The total cycle time from start to finish is taking about 25 minutes, that includes a 15-minute post-vaccination observation time,” said Christy Madriaga, Nurse Manager of the Indio vaccination site.

Organizers say with people paying closer attention to appointment times, is helping speed up the process.

“A lot of people just come in regardless of the appointment time, so that would cause us to have a backlog, but people are being more considerate and more vigilant about coming during their appointment times,” explained Madriaga.

“Yesterday we came because I thought our appointment was yesterday, wrong. I came back today, very organized, we got in within 20 minutes and they were so organized I was quite impressed,” said Lisa, resident of Indian Wells.

Riverside County has administered nearly 77% of doses they have received, an upward trend that the officials would like to continue.

“It’s running more smoothly because we’re targeting the 85 and older population, of course, we are also accepting all the other tiers if you qualify within the tier but we’re focusing on 85 and over,” added Madriaga.

“I’m so ready, and I think most people are so ready for this to really go away, and for people to not be at risk, and this is helping, that’s for sure,” said Lisa.

Officials explained that after people received their first dose, they should expect an email with information on how to set up an appointment for the second round.

“They’re going to be contacted around the time that it’s due, most likely via email so they can set up their second appointment,” said Madriaga.

A few community partners have opted to return some of their allotment back to the county, making vaccine doses available to public health clinics.