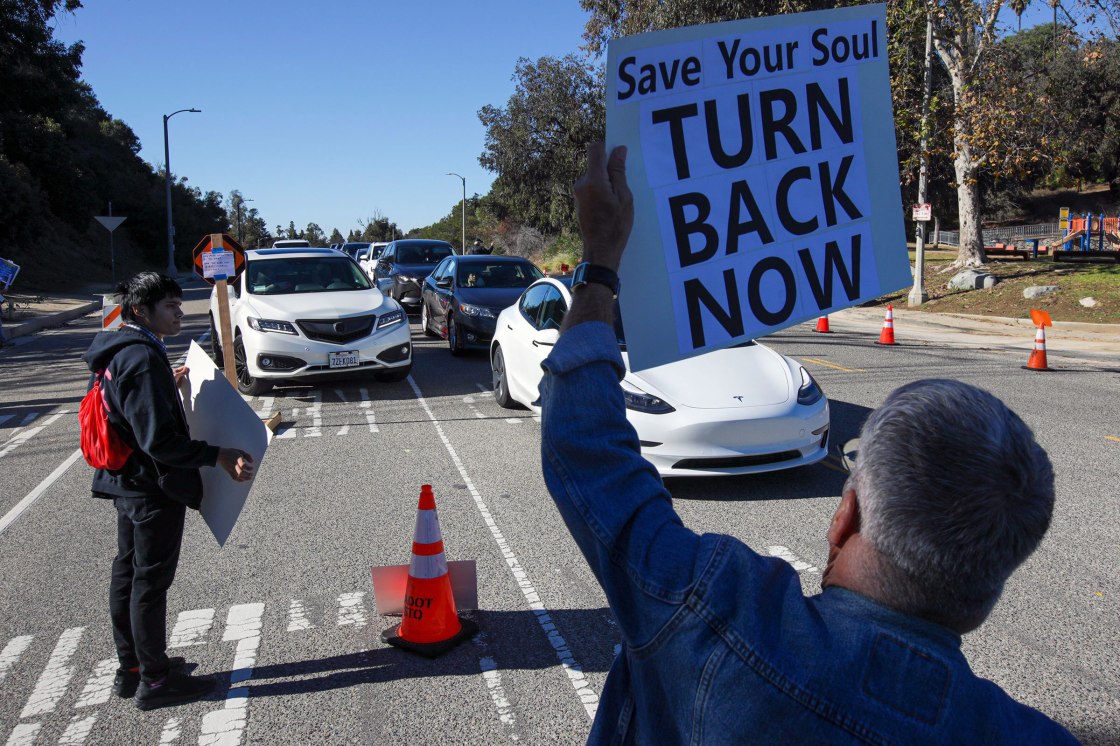 Los Angeles Police Chief Michel Moore said Tuesday that if anti-vaccine protesters interfere with people getting the COVID-19 vaccine, as some did Saturday at Dodger Stadium, they may be arrested or cited.

“Going forward, people that are walking in roadways around or confronting individuals attempting to get a vaccine, it’s my expectation and direction, that enforcement will be swift and certain,” Moore said during Tuesday’s Police Commission meeting.

Enforcement may include arrests or citations.

“We are working with the fire department to ensure that there’s a designated protest area that protesters can safely gather and express their views and be heard without interfering or having any view of their actions interfering with people who are also lawfully attempting to gain access to such a critical medical resource,” Moore said.

Dodger Stadium’s gates were closed from 1:50 p.m. to 2:45 p.m. Saturday to keep anti-vaccine protesters out. The Los Angeles Police Department estimated there were 50 protesters.

When the gates closed, everyone inside received their vaccines, while those locked out got their shots after the protesters left.