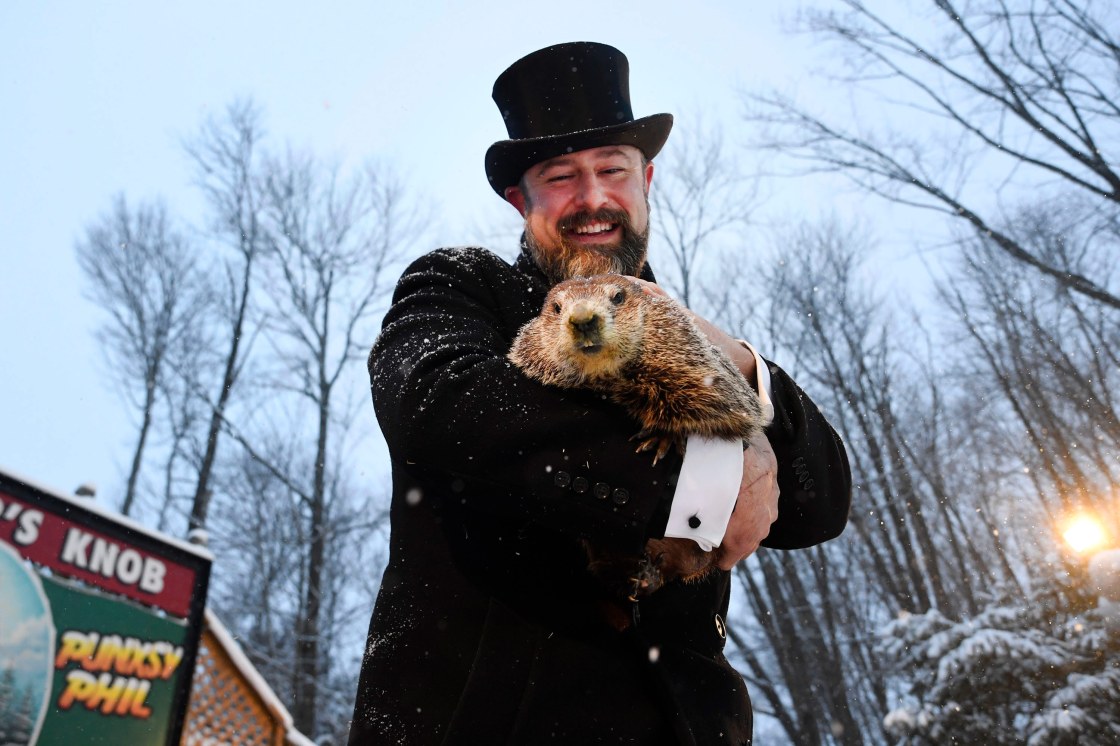 Brace yourself for six more weeks of winter.

That is, if you like to get your weather prediction from a groundhog in Pennsylvania.

Phil was awakened at 7:25 a.m. and made his prediction in front of about 16 members of the Punxsutawney Groundhog Club at Gobbler’s Knob.

“Now, when I turn to see, there’s a perfect shadow cast of me. Six more weeks of winter there will be,” one of Phil’s handlers announced on his behalf at the ceremony.

The celebration, which is over a century old, looked a little different this year. Due to the coronavirus pandemic, there were no crowds in attendance or guests present. It was streamed live.

He’s been at this for a while

Phil is not new to the forecasting game. The ceremony has been going on since 1887.

Scientifically speaking, winter will officially come to an end on the equinox on March 20, regardless of what Phil predicts. But Mother Nature doesn’t always follow the timetable.

He’s not very good at it

For the last two years in a row Phil has not seen his shadow, predicting an early spring.

Phil is not alone in his prognosticating skills. In fact there are many others like him.

States like Ohio, North Carolina, New York, Georgia, Tennessee, Wisconsin, Illinois, Maryland, West Virginia, and Michigan all have their own groundhog to use for predictions.

There’s also Unadilla Bill from Nebraska who boasts one of the highest accuracy ratings in the prediction business.

This means that if you don’t like Phil’s forecast, chances are one of the other groundhogs will predict something you do like.