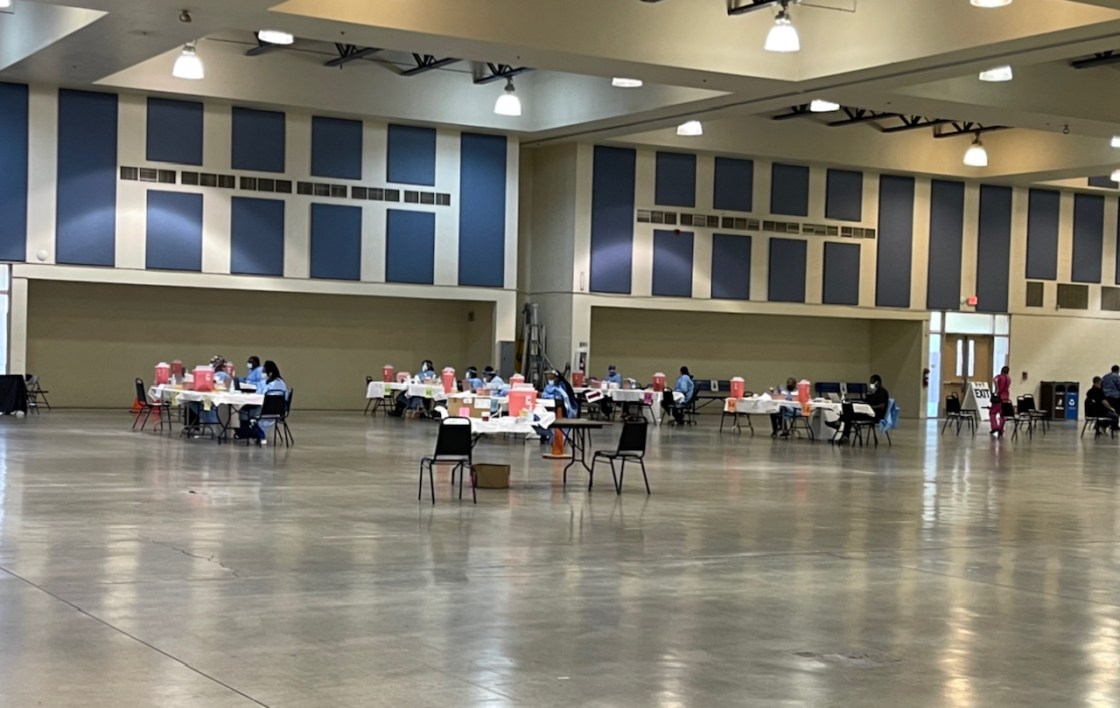 The second day of second dose vaccine clinics went as planned in Riverside County. One of them was held at COVID super-site at the Indio Fairgrounds, where one side is dedicated to drive through testing and the other to COVID vaccinations. On Thursday it was a by appointment only, second dose clinic. Those receiving their second dose are healthcare and front line workers: doctors, nurses and firefighters that were first in line to get the vaccines in the county.

Jeanne Parafan, a nurse practitioner from Indio, says she was among the first to get the COVID vaccine, but scoring a second dose has been a challenge, “I spent quite a few weeks after our first dose trying to figure out how we were getting our second dose.”

With 7 percent of the 2.4 million residents already receiving a first dose, everyone in line for a second dose would wreak havoc on the system already strained. So the county is instead contacting those when they’re due and giving them access to their own site to book appointments.

“We were pretty relieved that we weren’t having to struggle to find a place,” says Parafan who got that email and second dose on Thursday.

Cathedral City Fire Chief John Muhr also got that email, and just received his second dose, says the process has been working great for his department that’s now 50 percent vaccinated, “We have the experience of seeing chaos and coming in and coming in and trying to pick up the pieces after the fact and I‘ll tell you what they’re doing an amazing job.”

Thomas Peterson who helps manage communications at the Indio site says this is not a permanent change, “We’re usually a site to administer first vaccination doses so we’ve been designated today only for second doses so we have appointments for about 250 people coming in for second doses.”

Michael Osur the county’s assistant director of public health and incident commander for vaccine response says their goal is to now do 25 percent of total appointments for second doses, “Now the second doses are not publicized we send it directly to the people who received the first dose so we don’t put it on the website they get a special invitation just to be sure that they can get the second dose.”

And also important, don’t think you’ve been forgotten if you don’t get the email right at the three week mark.

“For those stressed about second doses again we’re just rolling this out now we’re going to do our best to get everyone within the 42 days we’re not going to promise 21 or 28 days but the CDC does allow us to go up to 42 days,” says Osur.

He says now they’re getting more regular shipments of 23 thousand doses a week and this week will get an extra supplies so appointments will increase temporarily by 25 percent.

“We can plan more for that now more we still could use more vaccine than we’re receiving but we’re making due with what we have and we’re getting an extra bonus of vaccines next week, we’re really excited to get even more people vaccinated,” says Osur.