Riverside County DA Investigator among 64 arrested in prostitution sting, 17 from the Coachella Valley 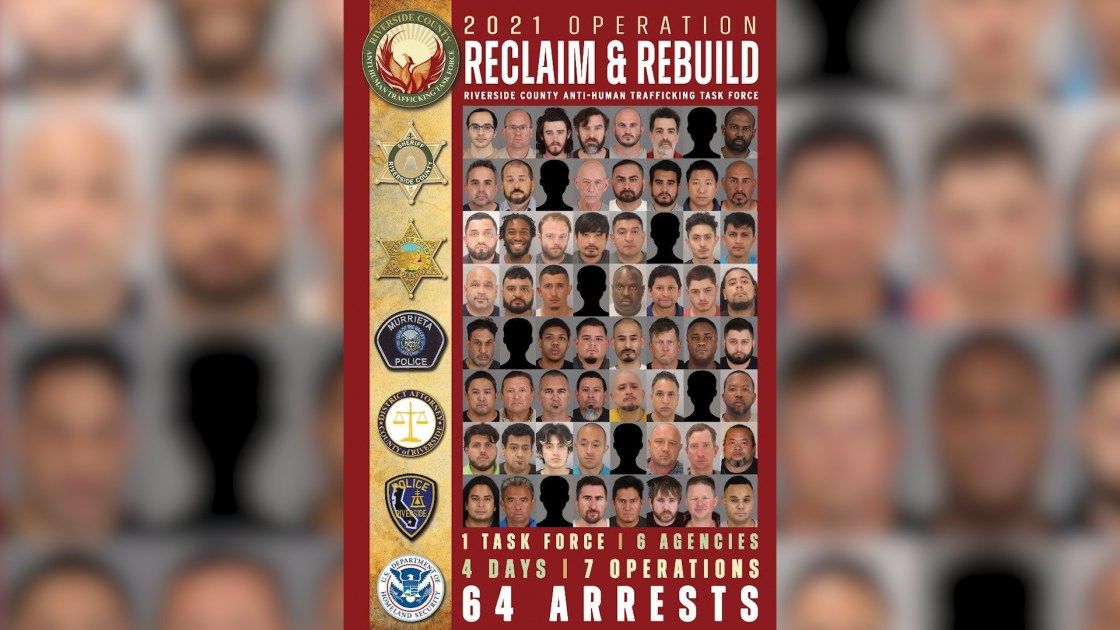 Riverside County’s Anti-Human Trafficking Task Force joined other agencies statewide with the goal of cracking down on suspects involved in prostitution rings and escort services, as well as rescuing the victims.

Among those arrested was Bryan Gaboury, an investigator with the Riverside County District Attorney.

The DA tells NBC Palm Springs Gaboury has been placed on administrative leave per Department policy pending an investigation.

According to a press release on the Riverside County Sheriff’s Department website, 17 of the suspects arrested were from the Coachella Valley.

Last year’s “Operation Reclaim & Rebuild” included participation from over 70 law enforcement agencies statewide and resulted in 76 adult and 11 minor victims being recovered; 266 males arrested for the charge of Solicitation; and 27 suspected traffickers and exploiters arrested. In total, 518 arrests were made, this is according to RSO.