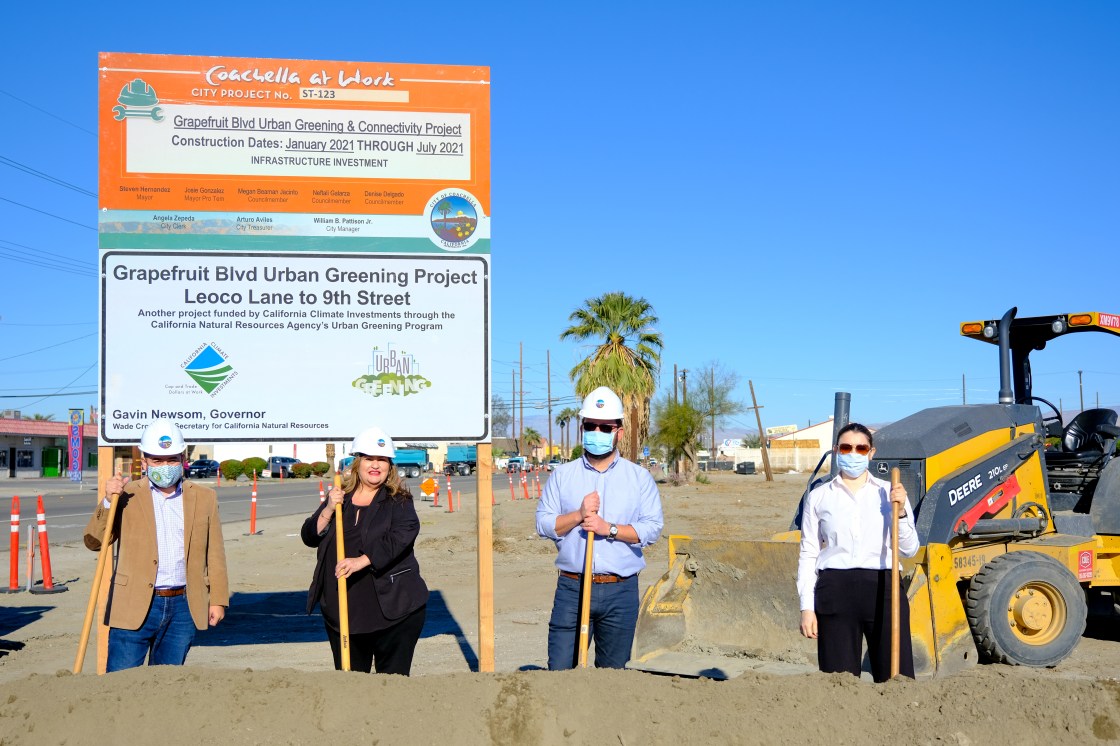 Taylor Martinez Via City of Coachella

“We are excited to be breaking ground on this very important project for our Downtown Pueblo Viejo District,” said Steven Hernandez, Mayor of the City of Coachella “This will not only assist the City in reducing greenhouse gases via carbon sequestration but by also providing shade to local business, thus reducing energy consumption by keeping these businesses cooler throughout the day.” 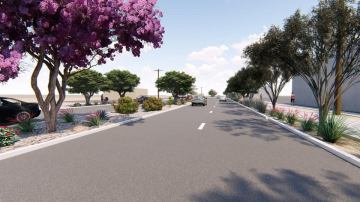 Mayor Hernandez also stated, “Additionally, this area is a known flood prone area, so by adding Bioswales with a 220,000 gallon storm water retention will go a long way when our arid landscape can’t absorb a monsoon or when a microburst storm occurs. So as you can see it’s not only good for the environment but it’s good for business too.”

This $5.34M climate resiliency project was granted $3.19m which was the largest award in the State back in October 2019 by the State of California’s Natural Resources Agency’s Urban Greening Programs.

The grant was one of twenty infrastructure projects funded by Cap-and-Trade-revenues also known as the Greenhouse Gas Reduction Fund.

Additional funding of $1.37m was provided by the Coachella Valley Association of Governments (CVAG) will assist in street widening and $250,000 was provided by California Department of Housing and Community Development for traffic signal improvements. 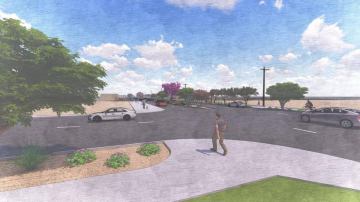 natural systems by planting 288 trees along Grapefruit Boulevard that will constitute a valuable urban and community forest resource that contributes significantly to human health and quality of life.

They also say that beyond aesthetic value and social well-being, the trees provide essential ecosystem services to clean the air, protect and clean water, support biodiversity, shelter businesses from the blistering summer heat while assisting in conserving energy and the trees and plants will soften harsh lines of the city streetscape and help moderate temperatures and solar radiation for pedestrian and bicyclists. 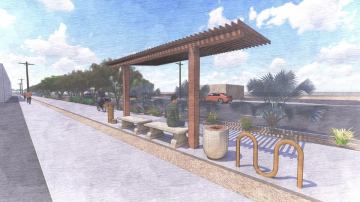 health and infrastructure investments for our community. This Urban Greening grant is a result of years of legislative advocacy to increase our district’s competitiveness and ensure that underserved, environmentally vulnerable areas like ours receive our fair share of California Climate Investments,” said Assemblymember Eduardo Garcia. “I commend Mayor Hernandez and City of Coachella leaders for their focused pursuit of these state grants towards achieving their bold and strategic vision for a healthier, improved, and more sustainable downtown.”

This information is directly from officials with the City of Coachella