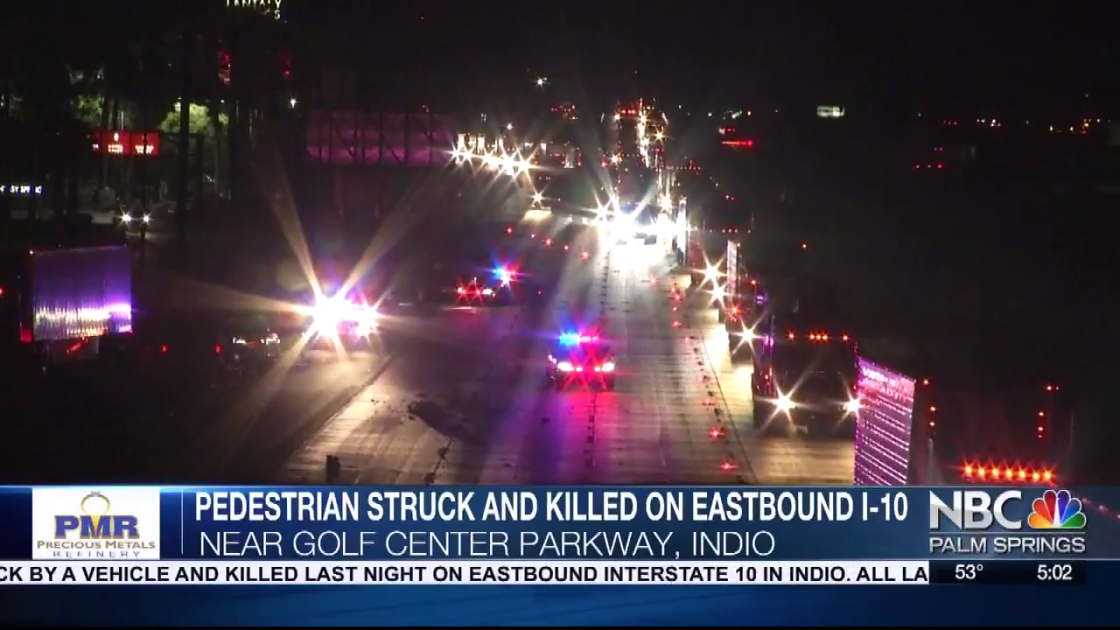 Authorities Tuesday were attempting to contact family members of a 50-year-old San Bernardino man who was fatally struck by a big rig while walking on Interstate 10 in Indio.

The fatal collision was reported at 10:05 p.m. Monday on the westbound freeway near Golf Center Parkway, according to the California Highway Patrol.

Riverside County Sheriff’s Sgt. Brent Seacrest said the man has been identified, but authorities believe he might be a transient, making the process of locating family members more difficult. His name will be released after the family is contacted, he said.

The victim was walking in the slow lane when a tractor-trailer struck him, the CHP said. The man was pronounced dead at the scene.

Alcohol or drugs do not appear to have contributed to the crash, officials said.