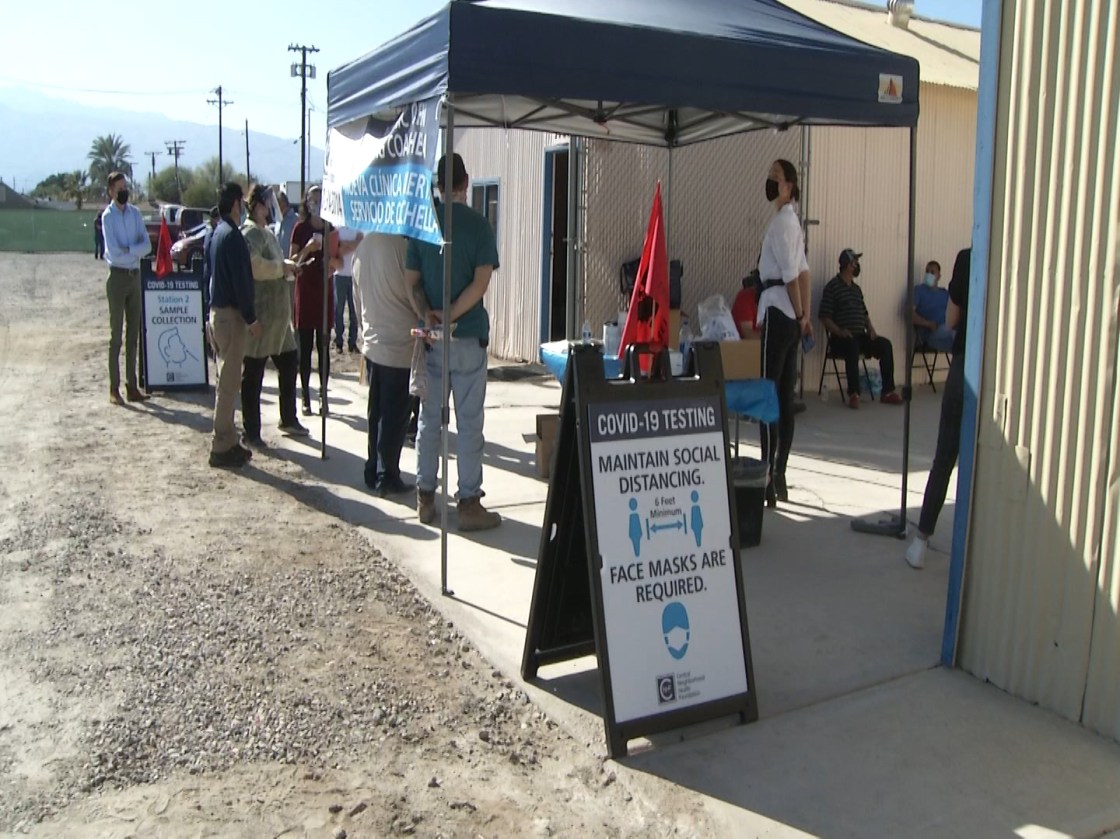 The United Farm Workers Foundation is working to get vaccines distributed to farmworkers in the Coachella Valley. The organization held a clinic for east valley workers Wednesday but some are saying more work needs to be done to protect our essential workers.

“I feel great because it’s an opportunity for me, when I get the vaccine I feel protected and I feel I am going to protect my family, my co-workers, and it’s great,” said Fernando Benitez, local farmworker.

Local farmworkers getting their vaccine shots are excited to finally have some protection against Covid-19. Advocates say the county is doing a good job of getting the doses into arms.

“Riverside County was pretty much the first county here in the state that has actually prioritized and operationalized on the ground the vaccination process for farmworkers of all ages,” said Diana Tellefson Torres, Executive Director with United Farm Workers Foundation.

However, the day’s vaccine clinic making a small dent in a larger issue.

“So far the county has only vaccinated about 500 farmworkers, there are 18,000 in the Eastern Coachella Valley,” said Rep. Raul Ruiz of the 36th District.

According to The U.S. Census, Latinos in California make up 39% of the population, but they make up 55% of all confirmed covid-19 cases. And as far as vaccinations go, according to new numbers released Monday, Latinos have received just 15% of the doses in California.

“We have a crisis of disparities and inequalities with communities that are in medically underserved areas. people who don’t have access to the internet cannot make the online appointment,” explained Ruiz.

The same group that praised Riverside County, asking more from state leadership, making the decisions on who has priority for vaccinations.

“We have been staunchly advocating that the allocation for those who are uninsured, to farmworkers on the ground, that that needs to be taken into account we need a specific strategy to allocate and be able to distribute to mobile vaccinations in the community, not in mass vaccination sites,” said Torres.

Officials say a Johnson and Johnson vaccine would add a lot more vaccines to the market enabling communities to get vaccinated quicker without the need for a second vaccination.