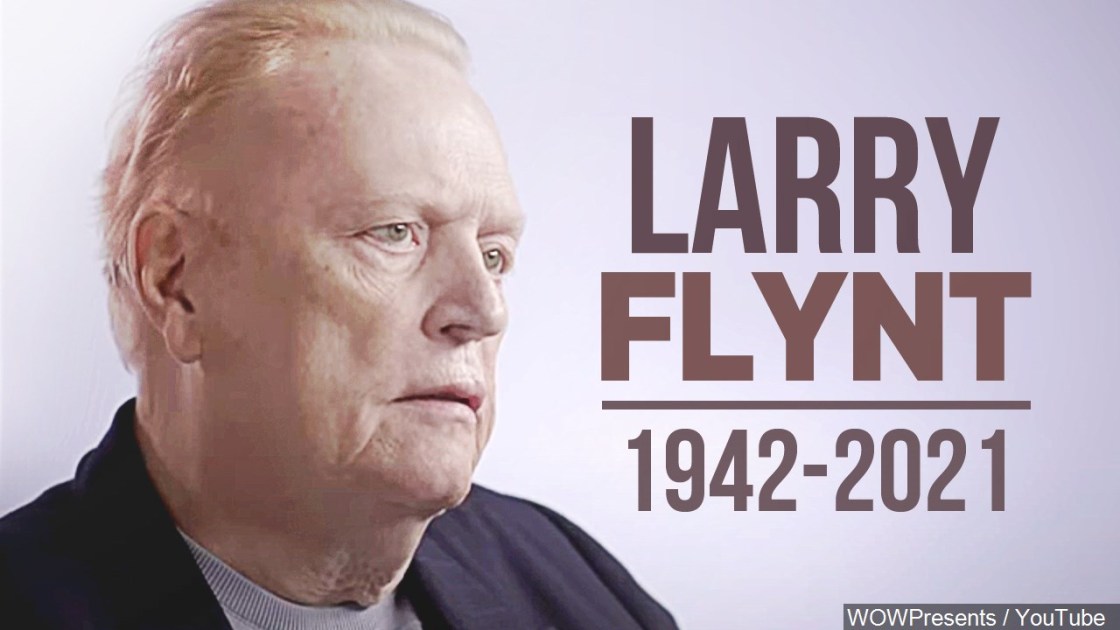 Hustler magazine founder Larry Flynt, who ran a Beverly Hills pornography empire for decades despite fervent opposition of feminists and religious activists and a murder attempt that left him confined to a wheelchair, died Wednesday in Los Angeles at the age of 78.

Citing family members, the website TMZ reported that Flynt died of heart failure. His brother, Jimmy, confirmed the death to The Washington Post, but did not specify the cause, while his daughter told NBC News he died at Cedars-Sinai Medical Center.

Most famous for founding Hustler magazine in the early 1970s, Flynt branded himself a crusader for free speech and the First Amendment, as his empire grew beyond a magazine to include strip clubs, pornographic television channels, videos, private nightclubs and casinos.

It was during one of Flynt’s many legal battles in 1978 that he was shot outside a Georgia courthouse, leaving him partially paralyzed and forcing him to use a wheelchair for the rest of his life.

An unforgiving self-promoter with a flamboyant, attention-grabbing attitude, Flynt was known for his frequent outbursts in courtrooms while battling the myriad of lawsuits filed against him over the years, including a profanity-laced outburst before the U.S. Supreme Court that led to his arrest for contempt of court.

A high school dropout who joined the Army at 15 years old with the help of a fake birth certificate, Flynt began his business career running a series of bars in Ohio. He opened his first Hustler Club in the late 1960s, expanding to multiple locations in the state. Hustler magazine grew from what was originally a newsletter touting the clubs, which featured nude dancers.

The next year, Flynt was charged and prosecuted in Ohio on obscenity charges — a case that later helped form the basis for the 1996 film “The People vs. Larry Flynt,” which earned Woody Harrelson a best-actor Oscar nomination for his role as the title character. Flynt was convicted, but the case was overturned on appeal.

The film also focused on another famous lawsuit filed against Flynt by the Rev. Jerry Falwell over a parody ad suggesting that Falwell had sex with his mother in an outhouse. That case also went to the Supreme Court, which ultimately sided with Flynt, determining that Falwell was a public figure who could not recover damages over a parody, no matter how offensive.

Flynt’s litany of legal battles over his publications have led him to stylize himself as a crusader. His website describes him as a “world-renowned defender of First Amendment rights.” The site also outlines his media empire, including Hustler magazine; Hustler television and video-on-demand properties in 55 countries; 33 Hustler Hollywood retail stores across the country; the Hustler Casino and Lucky Lady casinos in Gardena; more than 65 websites; Hustler clubs; Hustler Video adult entertainment productions; and LFP Product Licensing, which produces Hustler merchandise including clothing, accessories and novelties.

Flynt dabbled in politics over the years, even throwing his hat in the ring for California governor following the recall of Gov. Gray Davis. He once offered a $1 million reward for evidence of sexual misconduct by Republican politicians, and in 2012 he offered a similar reward for anyone who could provide copies of Mitt Romney’s tax returns.

In 2017, he put up a $10 million reward for evidence that would prompt the impeachment of President Donald Trump.

Flynt was married five times in his life, with the first three ending in divorce. His fourth wife died in 1987.