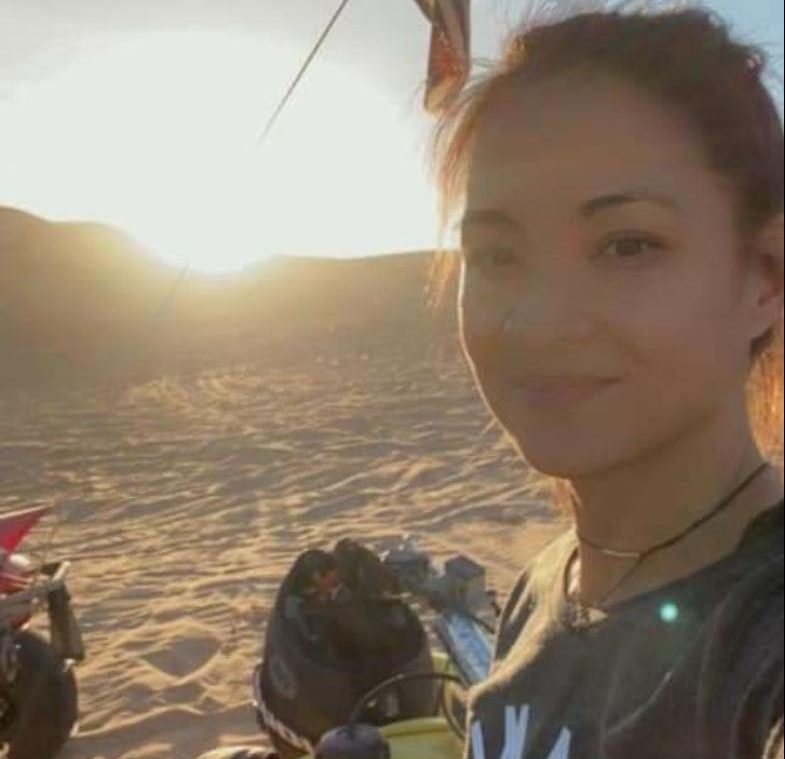 Maricris Drouaillet, May’s sister, says she’s desperate for answers, “Not knowing anything or her whereabouts or anything like that, we don’t even know what happened to her, so that’s the hard part.”

Even harder, she says, is not knowing what to tell May’s children, “Her four-year-old … he’s been asking when is mom coming home? … She’s an amazing mom, she sings to them, she loves singing, she loves the guitar, they love the outdoors, she goes out hiking a lot.”

Her sister says the evening may went missing she was supposed to join in a family chat, they were planning her daughter’s birthday party in Big Bear. She never responded. The next day her brother went to her home to see if she was okay. Her husband told him they got in an argument the night before and she had been locked in her room since. The brother knocked on the bedroom door but got no answer, he went home.

The next day, Saturday, their father Pablito Tabalanza went to the home. May’s husband told him she was still locked in the bedroom.

“The door was closed and it was locked and then Larry the husband had a key so he was able to open the door and sure enough my sister was not there,” says Maricris.

The family says they’re frustrated with the lack of details on the case and even held a rally in front of the Chula Vista Police Department.

We reached out to the Chula Vista Police Department they tell us they do not have any suspects in this case but have been actively working the case but cannot give out many details as to not compromise the investigation.

On February 5, 2021, the police chief spoke at a news conference about the case.

“We really are doing everything we can to come up with answers, and I want you to know my entire crimes of violence team has been working around the clock on this case from day one,” says Chief Roxana Kennedy

May is a military contractor. Her  jeep is still at her home and the only things missing are a credit card and military I.D..

The family has organized several searches and to no avail but her sister is hopeful someone picked her up and took her to a place she loved to hike and off road: the Coachella Valley, or Ocotillo Wells.

She hopes someone in the hiking or off road communities have seen her and can help bring her home.

“Please I‘m pleading, we need our sister back, she’s a mom, her kids need her, it’s been almost five weeks now, we’ve been in pain for so long now, please help us,” says Maricris.

The family has set up a Gofundme account to help pay for the search: FIND MAY MILLETTE

The Chula Vista Police Department is asking anyone with information to call San Diego Crime Stoppers: 888-580-8477.