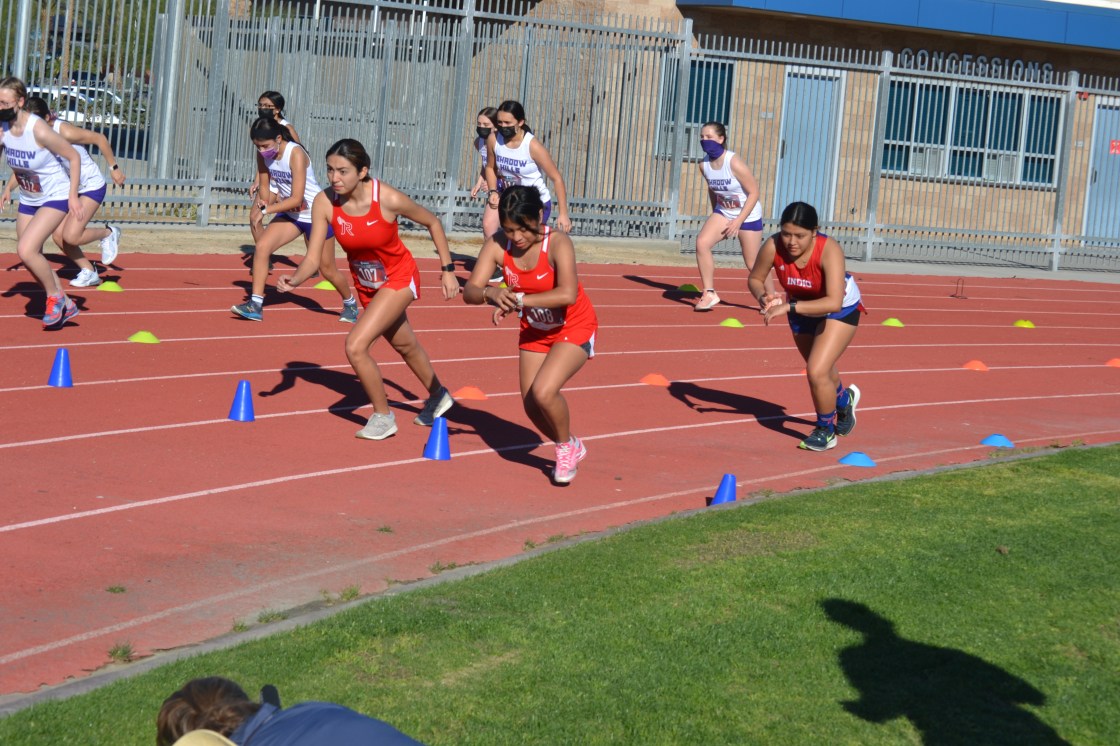 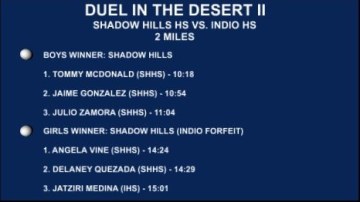 The Shadow Hills boys team won with a score of 17-41 and the Knights also took the top three spots for the boys. In first place was Tommy McDonald, who broke away from the pack to lead during most of the race.

“Well, in the beginning, I was behind the third place and then the fourth place Indio guy and then I just decided to push myself.”

One of the few athletes that never took a break March 13th, 2020. Tommy has been full throttle for 11 months for a moment like this! @AthleticsSHHS https://t.co/33vN5GQmke

In second place was Jaime Gonzalez and in third was Julio Zamora. Julio was running with a fractured wrist in today’s meet and still finished with a strong time and in the top three.

The girls won by default because Indio had to forfeit due to not having enough runners. In first place for the girls was Shadow Hills’ Angela Vine, who was excited to be out competing again.

“It felt amazing. I was definitely glad to be back out here. Starting I was very nerve-wracking and very nervous, and then as I got back into like running again, it felt really good to be back into pace. As I finished I knew I had to finish strong.”

For the record it’s Angela Vine of Shadow Hills crossing the finish line first in the first sports competition in 11 months. Her teammate Delanie Quezada is in second. Sports!! @AthleticsSHHS @IHSRajahs pic.twitter.com/6xFj7z4Iup

Delaney Quezada finished in second place for the Knights and in third place was Jatziri Medina for Indio high school.

There were no fans allowed at the event due to the pandemic, however, Indio hs pulled out all the stops to host a great event for these student-athletes. They even grabbed the Indio HS cheerleaders to come out and support the runners during and as they were crossing that finish line.

Cross Country meet & Cheer 2'12'21: SO excited to see some of my athletes in our first modified match! See all the photos in this link below! #RajahPridehttps://t.co/lh9C3lJqX9 pic.twitter.com/WYaepNUxIk

“You know, after almost a year, you know and hopefully things just keep will keep improving. We can keep on having to have these events and other sports can startup. So it’s exciting that things are happening. I’m glad I got to share this with them and you know, it’s just a good sign of things to come.”