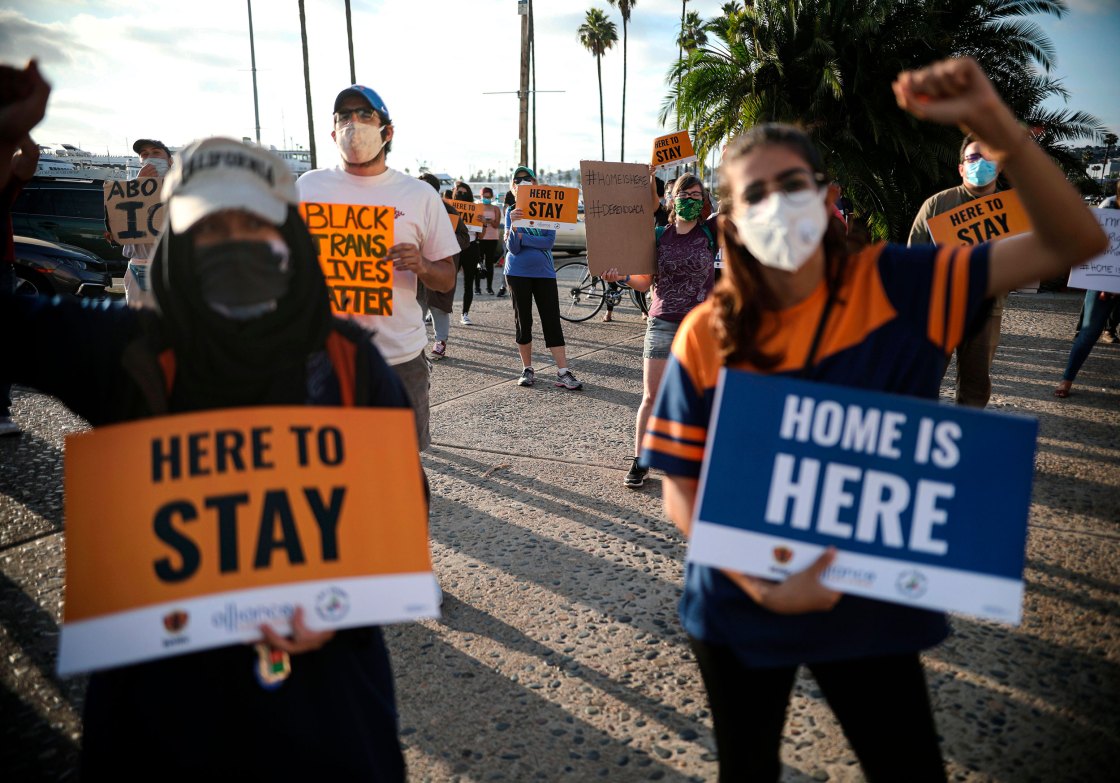 The Biden administration, in concert with Hill Democrats, is preparing to unveil legislation this week that seeks to provide a pathway to citizenship to the 11 million undocumented immigrants living in the United States.

For decades, lawmakers have tried to reform the US immigration system and fallen short. The latest effort will similarly be a big lift, as Democrats only narrowly hold the House and Senate and face a Republican Party that’s moved further to right on the issue since the 2013 bipartisan bill.

Biden’s bill will also likely join a series of other immigration measures that are narrowly focused on undocumented immigrants who were brought to the US as children, are in the US under a form of humanitarian relief, and are working in agriculture — setting up a dizzying number of attempts to provide legalization to the undocumented population.

The House previously passed a bipartisan bill that would grant legal status to thousands of undocumented farmworkers and a separate bill that addresses beneficiaries of the Obama-era Deferred Action for Childhood Arrivals program and two other programs, Temporary Protected Status and Deferred Enforced Departure, that offer temporary relief.

Democratic lawmakers are hoping to resurface those bills on the House floor before April 1 when they can introduce legislation that’s already passed in the chamber without going through committee.

“It gives us the most amount of options if we send all three pieces of legislation to the Senate,” said Rep. Jim Costa, a Democrat from California. “Yes, it’s ambitious but we’ve been stymied for four years.”

Immigrant advocates have stressed the need for legislative reform after years of constant policy changes and executive actions that have put millions of lives in limbo. Attempting various avenues to get that reform done is a necessity, they argue.

“We do want to be pragmatic and get things done quickly,” said Kerri Talbot, deputy director of the Immigration Hub, an advocacy organization that works with Congress.

“The President does have a lot of authority to fix the immigration system in a number of different ways,” Tyler Moran, special assistant to the President for immigration for the Domestic Policy Council, said last month during the US Conference of Mayors winter meeting.

“But what really the President cannot do is provide permanent status to people and we’ve made so many runs at this but we really have to get it done to make sure that people are on a path to citizenship,” she added.

A group of House Democrats are leading the effort to pass Biden’s immigration bill.

“President Biden has put forth his vision for robust immigration reform. Now, it’s up to Congress to deliver,” said Democratic Rep. Linda Sanchez of California in a statement. “With a Democratic majority in both Chambers, and an overwhelming majority of the public on our side — as well as a number of legislative tools at our disposal — I believe we will be successful in finally securing permanent solutions.”

Democratic Sen. Bob Menendez of New Jersey will take lead on the Senate side. The bill is expected to be introduced by the end of the week, according to a Democratic source.

Biden’s bill, titled U.S. Citizenship Act of 2021, addresses the millions of undocumented immigrants living in the US, boosts border technology, and targets the root causes of migration, according to a White House fact sheet.

Notably, the bill provides an immediate pathway to citizenship for farmworkers, DACA recipients, and Temporary Protected Status holders. It also sketches out a plan for undocumented immigrants that would allow them to eventually apply for green cards if they pass background checks and pay taxes.

The legislation signals the Biden administration’s approach to immigration — one largely centered on looking at immigration holistically and not only focused on the US-Mexico border. The bill, for example, will include $4 billion in funding to increase assistance to El Salvador, Guatemala, and Honduras and set up safe and legal channels for migrants to seek protection.

“The President’s proposal for immigration reform is a starting point for negotiations but it begins from a position of strength, as opposed to proposals that we’ve seen in prior years that condition legalization on massive increases to immigration enforcement, massive increases to personnel, and additional bars to legalization based on criminal conduct,” said Jorge Loweree, policy director at the American Immigration Council. “This is a meaningful rethinking.”

In the days after Biden was elected, the prospect of what could be possible on immigration reform began to shift on Capitol Hill. While aides and members acknowledged that Republicans would surely never go as far as they wanted on some issues, the hope was without Donald Trump, lawmakers could get back to the negotiating table.

“There are Republicans who want to do things,” Sen. Tim Kaine, a Democrat from Virginia said at the time. “Trump might still be out there as a private citizen raising hell, but as soon as you aren’t worried about a veto threat, some things become more possible. It may not be what you have with a strong Democratic majority, but I think there is some prospect of doing more than just some narrow fixes.”

Even Democrats who have worked on the package have signaled an openness to breaking pieces away from a comprehensive bill to get some results. Anything that would pass in the Senate would need 60 votes, meaning 10 Republicans would have to get on board.

“I understand that — even though I’ll lead on the White House’s bill, I’ve been around here long enough to understand that there’s a give and take that takes place,” Menendez told reporters last month. “I mean, immigration obviously has been a tricky one in the past to get bipartisan support for, even in internal support among Democrats to get on the same page.”

Sen. Lindsey Graham, a Republican from South Carolina, who was part of the Gang of Eight that helped craft the last comprehensive immigration bill, told reporters in January that the sweet spot was probably something on DACA.

“I just think comprehensive immigration is going to be a tough sale given this environment, but doing DACA I think is possible.”

Graham and Sen. Dick Durbin re-introduced legislation this month that would provide a pathway to citizenship for undocumented immigrants brought to the US as children.

It’s not the first time the so-called “DREAM Act” has come up. In 2001, Sens. Orrin Hatch, a Republican from Utah, and Durbin, a Democrat from Illinois, introduced the Development, Relief, and Education for Alien Minors Act. It sought to provide young, undocumented immigrants a pathway to legal status and earned the group of undocumented immigrants brought to the US as children the moniker “Dreamers.”

But looming over that legislative push today is an anticipated ruling from a federal judge in Texas who has a case challenging DACA before him.

“I don’t believe they’re acting with the urgency that a judge can rule any day in Texas,” said Greisa Martinez Rosas, the executive director at United We Dream, an advocacy organization, of Congress. “We need to leave this year with something in our hands.”

Asked about the anticipated Texas ruling, White House press secretary Jen Psaki reiterated Biden’s defense of DACA. “It is a program that he has long been committed to protecting and preserving and taking every step to do exactly that,” she said. “I’m not going to get ahead of a judge’s ruling in Texas.”