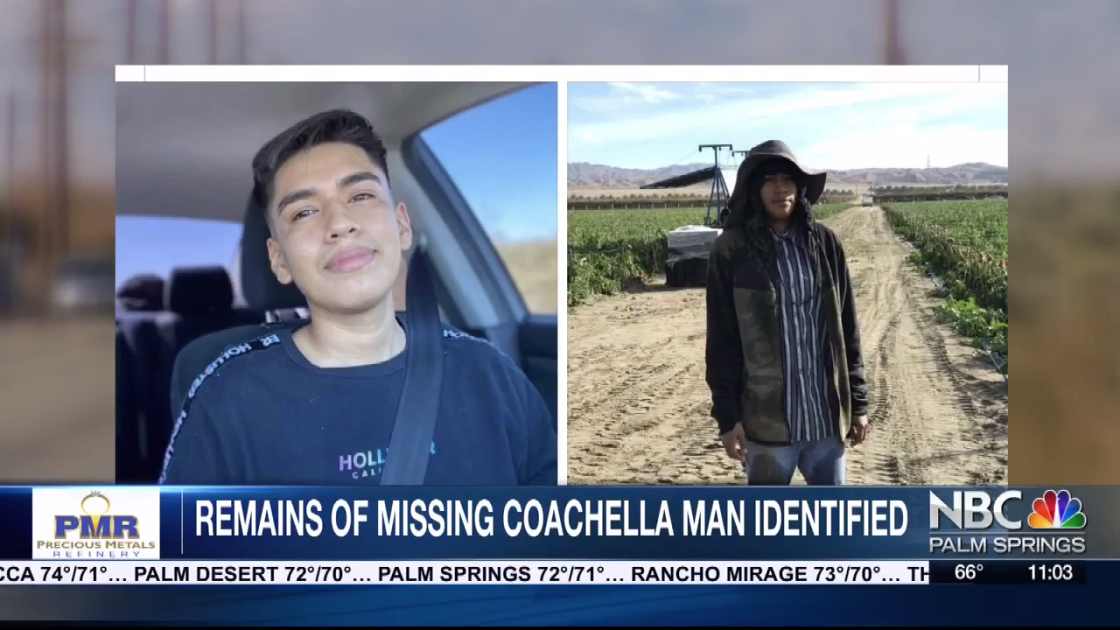 Family members of a young man found dead in a burned vehicle in a rural segment of the Coachella Valley were seeking donations Wednesday to pay for his funeral expenses.

Deputies sent to the area of Pierce Street and Avenue 70 near Mecca on Jan. 24 found a charred vehicle with Guillermo Jacobo’s remains inside, according to the Riverside County Sheriff’s Department.

Jacobo’s death is being investigated as a homicide, according to Sgt. Rick Espinoza.

Family members set up a GoFundMe page earlier this week to pay for the funeral. They had collected about $4,500 of the $10,000 goal as of midday Wednesday.

According to Jacobo’s cousin, Stephany Zamora, he was last heard from on Jan. 19 at about 3 a.m. before he left to drive two men to a bus stop near Airport Boulevard in Thermal. His body was later found about 10 miles south closer to Mecca.

Additional information about the investigation was not provided.

The GoFundMe page can be found HERE.