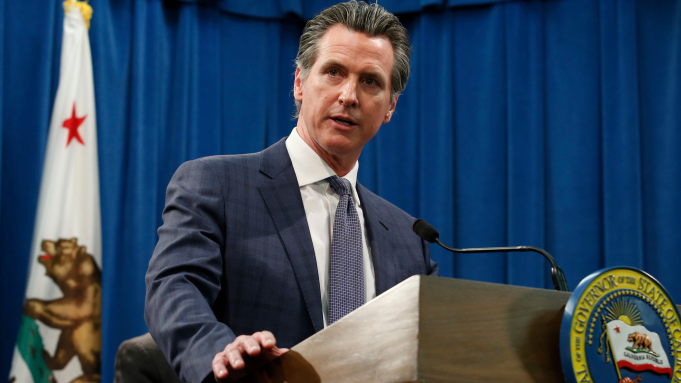 Protestors unhappy with Gov. Newsom gather outside of his press conference in Coachella.

“Use your voice. This is why we have the first amendment. Freedom of speech. You use it, and don’t let them take it away from you,” said Randy, a protestor from Los Angeles.

The group’s main message: end the lockdown and recall the governor.

“I’d love for people to be able to live free in our beautiful country,” said Randy.

The protestor’s platform aligns with the petition seeking to remove governor newsom from office.

The organization Rescue California says almost 1.6 million signatures have been collected on that petition, and the verification process is underway.

“What the January report showed is that 84 percent of our signatures were valid actually, rounding up 85, so that’s where we need to be,” said Ann Hyde Dunsmore, the campaign manager for Rescue California.

”I’m really proud of the progress we’ve made on vaccinations, almot 200,000 a day. Only seven nations have vaccinated more people than the state of California,” responded Gov. Newsom.

But even without a clear response from the Gov., the Rescue California group says the opposition voiced by the White House tells them he is taking it seriously. 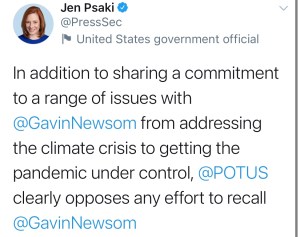 “It’s kind of early to call in the big guns, but he did it. They don’t just decide to do it out of nowhere, clearly some phone calls were made so he is clearly responding to the threat of the recall,” said Dunsmore.

Locally, politicians are divided down party lines when it comes to the recall movement.

Sen. Melissa Melendez is in support of removing the governor, and has tweeted links to the petition. 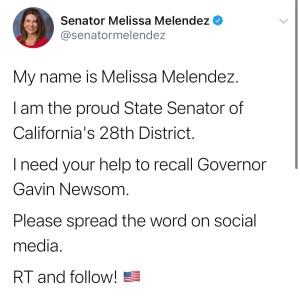 Meanwhile, Rep. Ruiz is against the recall, and has vocally defended the governor’s actions.

This comes with just one month before the petition deadline on March 17.