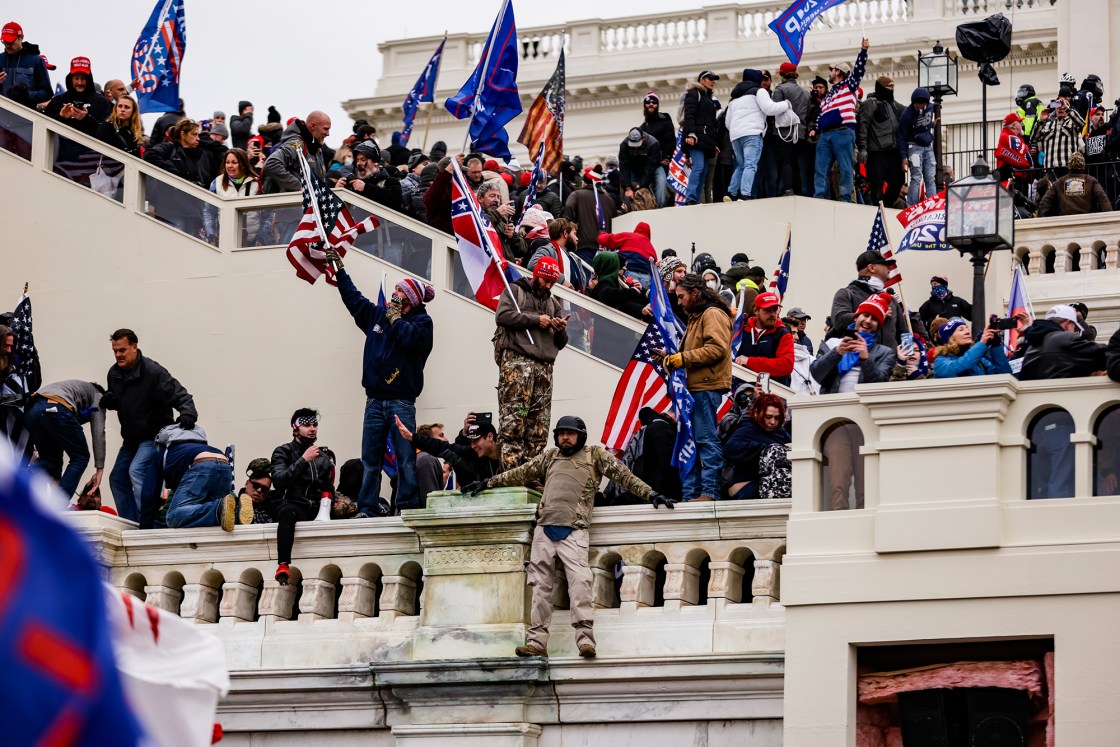 A 44-year-old Riverside man accused of taking part in the breach of the U.S. Capitol building on Jan. 6 was arrested Thursday by the FBI.

Andrew Allen Hernandez has been federally charged with obstruction of Congress and two counts each of unauthorized entry of a restricted building and disorderly conduct on Capitol property, according to the FBI.

The case was filed in U.S. District Court in Washington, D.C.

The FBI said social media posts and photos from the insurrection were used to identify Hernandez as one of the throng of rioters who stormed the Capitol in an effort to halt the certification of the Nov. 3 presidential election after attending a “Stop the Steal” rally held by former President Donald Trump ahead of the siege.

Hernandez was fired from his Riverside job after his employer discovered he had worn clothing with company emblems during the incursion, according to the Los Angeles Times.

Strong, a Federal Aviation Administration employee, is charged with violent entry and disorderly conduct on Capitol grounds, entering or remaining in a restricted area and being disorderly or disruptive in a restricted area. He made his initial court appearance at U.S. District Court in Riverside on Jan. 22 and is now free on a $50,000 bond.

A future court date has not been scheduled.