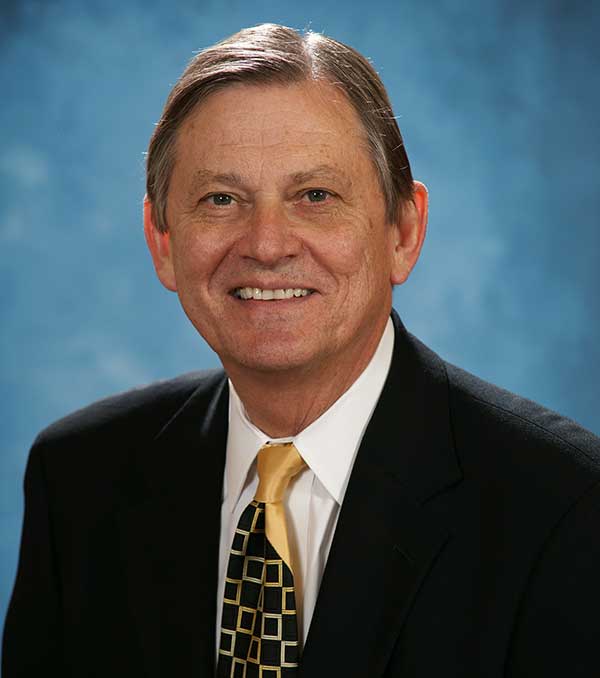 Administrators, staff and employees of Eisenhower Health said goodbye to its former president and CEO G. Aubrey Serfling with a street renaming.

The hospital renamed the road entering the hospital Aubery Serfling Way in recognition of his being at the helm of Eisenhower for the past two decades.

The unveiling happened at a suprise retirement ceremony with members of the hospital’s board of directors, his family and longtime friends.

“Eisenhower’s remarkable growth and development has been in great part thanks to the vision of Aubrey Serfling,” says Eisenhower’s new President and Chief Executive Officer, Martin Massiello.

Serfling pushed Eisenhower’s transition from being hospital-centered to a fully integrated health system, creating the ambulatory network of clinics and outpatient services that reach from Yucca Valley to La Quinta.

He also strived to have Eisenhower move from a community hospital to a teaching institution.

The health system began with Family Medicine and Internal Medicine residency programs, which have since grown in size, and expanded the scope of the program, adding Emergency Medicine and multiple fellowship programs. Today, Eisenhower’s Graduate Medical Education program has 128 interns, residents and fellows and their presence has forever changed the face of Eisenhower.

Serfling will serve on Eisenhower’s Board of Governors during retirement.