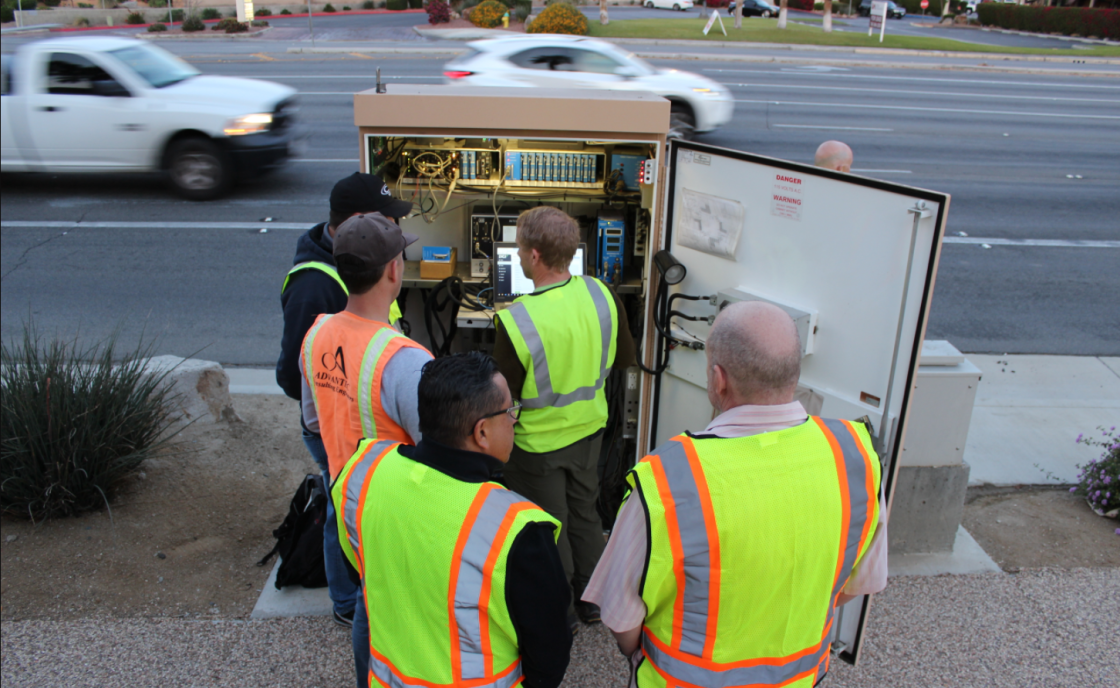 Work will soon get underway on a traffic light synchronization project aimed at improving the flow of vehicles throughout the Coachella Valley, it was announced Monday.

The Coachella Valley Association of Governments last week approved a $21.2 million contract with Crosstown Electrical Data Inc., which specializes in intelligent transportation system infrastructure. The contractor is expected to start work on the first phase of the “CV Sync” project sometime this spring, which will focus on Highway 111, Washington Street and Ramon Road, and take about 18 months to complete.

“Anyone who has traveled along Highway 111, Washington Street or Ramon Road knows the frustration of mistimed traffic signals,” said Indio Councilman Glenn Miller, who is also the chair of the CVAG Executive Committee. “CV Sync will make it more efficient to get across the Coachella Valley by reducing travel times for residents and visitors, and improve the air quality by helping reduce emissions.”

The second phase is expected to start sometime later this year. Conceptualization of the project goes back to 2016.

The contractor is set to install “highly technical hardware and software systems” that will give cities the ability to coordinate traffic flow, according to CVAG, which is a regional planning agency.

The new technology will be especially useful in coordinating future large-scale events that draw hundreds of thousands of tourists to the region, the agency said.

The project spans much of the Coachella Valley, but not Rancho Mirage, which is set to undertake its own signal synchronization project, according to CVAG.

CV Sync will be funded, in part, by a $13.3 million grant from the U.S. Department of Transportation. The remaining costs will be paid for by Measure A funding, a half-cent sales tax measure approved by Riverside County voters in 1988 aimed at funding transportation projects countywide.