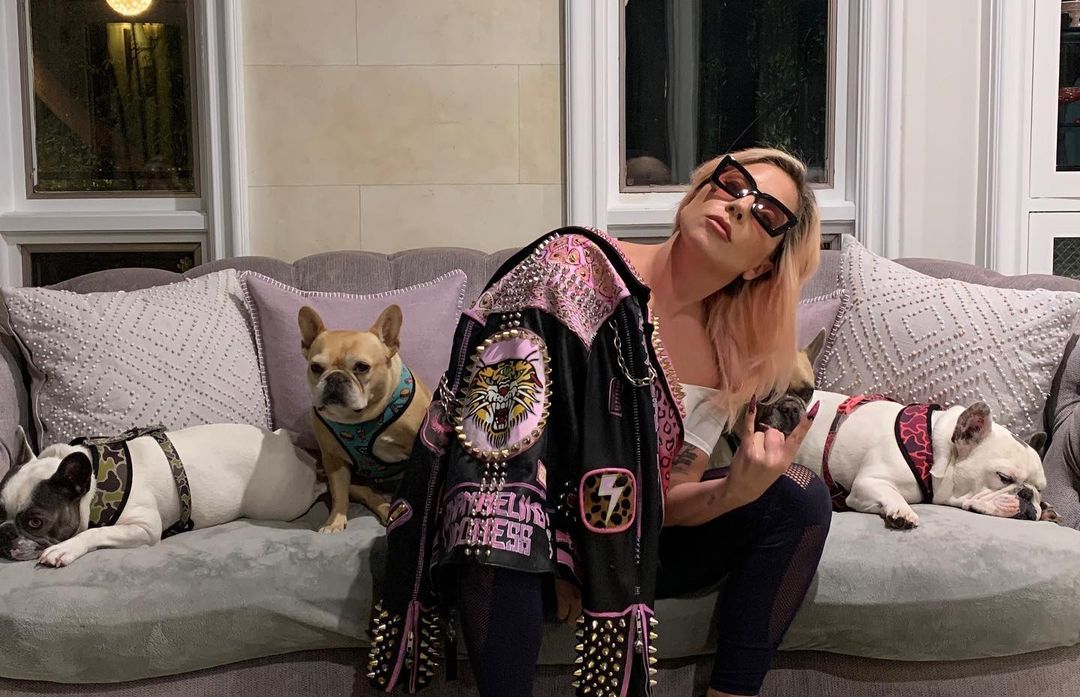 Lady Gaga’s dog walker, who was shot in Hollywood by bandits trying to steal the entertainer’s French bulldogs, took to Instagram Monday to describe the ambush and thanked the star for her support.

Ryan Fischer, 39, using the handle “valleyofthedogs,” shared snaps of himself in a hospital bed, including one image with a breathing tube, following last Wednesday’s attack by two men who took two of Gaga’s three Frenchies: Gustav and Koji. The third dog, Miss Asia, ran away from the men and came to the dog walker’s side after he was shot.

“Four days ago, while a car sped away and blood poured from my gunshot wound, an angel trotted over and laid next to me,” Fischer wrote. “My panicked screams calmed as I looked at her, even though it registered that the blood pooling around her tiny body was my own.”

A post shared by Valley of the Dogs (@valleyofthedogs)

Fischer said he “cradled Asia as best I could, thanked her for all the incredible adventures we’d been on together, apologized that I couldn’t defend her brothers, and then resolved that I would still try to save them and myself.”

Koji and Gustav have since been found safe. They were brought back to police by a good Samaritan at 6 p.m. Friday, LAPD Detective Dara Brown said.

Fischer said he is still in recovery from his close call with death and appreciates all the love he’s received from the community since the shooting.

“I felt your healing support,” he wrote. “Thank you. I am humbled and grateful that attention and focus from the police were enough to get Koji and Gustav back to safety, and I know they are committed to bringing these criminals and attempted murderers to justice.”

Police said a woman who said she found the dogs contacted the pop star’s staff. She met them and LAPD Robbery-Homicide detectives at the department’s Olympic Station, where she returned the pair.

The department said it would keep confidential the location where the dogs were found and the woman’s name, “due to the active criminal investigation and for her safety.”

Brown said the bulldogs “appeared to be unharmed.”

Lady Gaga, who is in Italy filming a movie, had made a public plea earlier Friday for the return of her dogs. She offered a $500,000 reward for their safe return and praised her longtime dog walker, saying he risked his life “to fight for our family. You’re forever a hero.”

Fischer was shot once when he was accosted by a pair of assailants about 9:40 p.m. Wednesday in the 1500 block of North Sierra Bonita Avenue, near Sunset Boulevard.

Surveillance video that captured the shooting, apparently from a home security system on Sierra Bonita Avenue, shows Fischer walking on the sidewalk when a white sedan pulls up and stops in the street, with two people jumping from the back seat and saying, “Give it up.”

A struggle ensues, and one gunshot can be heard, prompting Fischer to fall to the ground, screaming. The assailants each grabbed one dog and got back into the rear seat of the car, leaving Fischer on the ground yelling for help.

The black bulldog, Miss Asia, is seen on the video running back to Fischer on the ground after the assailants’ vehicle disappears from view.

Dennis Volochkova, who lives in the neighborhood, heard Fischer screaming and ran to help him. He took Miss Asia, who he said was shaking and covered in blood, from Fischer as paramedics treated the wounded man.

“He was holding it so close, he didn’t want to let it go, it was his responsibility, like his baby, it almost felt like I was prying it out of his hands,” Volochkova said.

Police described the two suspects as men about 20 to 25 years old, one with blond dreadlocks and wearing a black hoodie and carrying a semi- automatic handgun. The other was clad in dark clothing. They fled the scene in a four-door Nissan Altima, according to the LAPD.

Police have asked anyone with photos or video of the robbery to send them to SAFELATIPS@lapd.online. Anyone with information was asked to call Detectives Marsden or Brown at 213-486-6840.