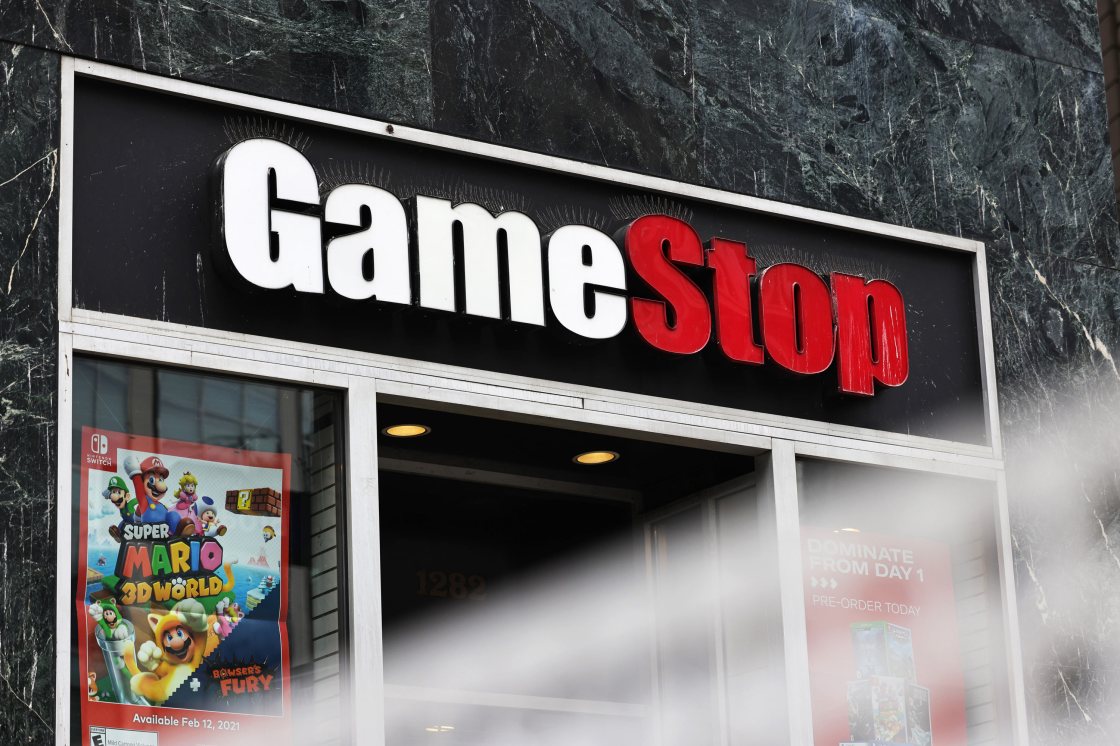 GameStop shares climbed rapidly and were halted twice for volatility ahead of the closing bell Wednesday. The gaming retailer’s stock was priced at $91.71 at market close, up nearly 104% from the previous day.

Shares were halted once around 3:40pm ET after climbing nearly 74%, and again just over 10 minutes later after gaining 104%. GameStop’s trading volume was roughly three times higher the five-day average for the stock, according to data provider Refinitiv.

Less than an hour after the closing bell, the stock was on the move again — gaining nearly 90% in after-hours trading.

Having déjà vu yet? The surge comes about a month after a wild GameStop trading frenzy caused its stock to jump around 1,600% in a matter of days, though it quickly fell from highs around $350. The late January surge was fueled by individual retail investors, many from the Reddit page WallStreetBets, some of whom believed the GameStop was undervalued and others who wanted to squeeze hedge funds that had shorted the stock.

The jump in GameStop also comes a day after the company announced its chief financial officer would resign next month to help “accelerate GameStop’s transformation,” which could fuel investors who believe in the long-term value of the retailer and its ability to shift from relying on physical stores to an e-commerce sales model.

AMC, another “meme stock” involved in the trading frenzy last month, also jumped around 18% on Wednesday.

Redditors on WallStreetBets cheered as GameStop soared. Posts on the subreddit included diamond emojis (a reference to holding a stock long term) and titles like “NEXT STOP IS THE MOON BABY” with rocket emojis, representing a belief that the stock will continue its upward trajectory.

Some GameStop investors have talked publicly about not selling their positions in the company during last month’s trading frenzy because they believe in its long-term potential.

Around 4pm, the entire Reddit site was down for many users, though the company did not identify the cause of the outage. Within about half an hour, Reddit said it had identified the underlying issue and “systems are beginning to recover.”