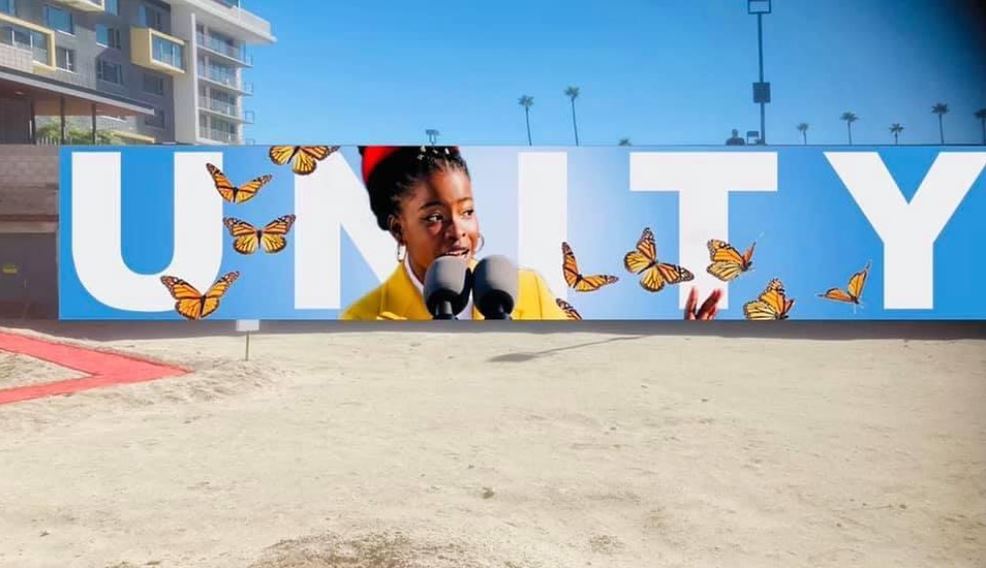 Residents and visitors can now find a mural of poet and activist, Amanda Gorman, in Palm Springs.

The mural is thanks to Grit Development in coordination with the City of Palm Springs Public Arts Commission.

You can find the piece in the art pit in the Downtown development.

The 22-year-old poet, and Los Angeles native, is known for becoming the youngest inaugural poet when she read “The Hill We Climb” at President-elect Joe Biden’s swearing-in ceremony.

She turned to writing at an early age in an attempt to cope with her speech impediment. At age 14, she joined WriteGirl, a Los Angeles-based nonprofit organization that helps teen girls discover the power of their voice through creative writing.

“WriteGirl has been pivotal in my life,” she said. “It’s been thanks to their support that I’ve been able to chase my dreams as a writer.”

WriteGirl Executive Director Keren Taylor said she had “no doubt Amanda’s messages of hope, unity and justice will help us all heal and move forward.”

Gorman has two books forthcoming, including her first children’s book, “Change Sings,” set to be published in September.

Gorman was the sixth poet to perform at a presidential inauguration, continuing an intermittent tradition begun in 1961 when Robert Frost recited “The Gift Outright” at John F. Kennedy’s inauguration. The previous youngest was Richard Blanco, who was 44 when he read “One Today” at Barack Obama’s second inauguration in 2013.