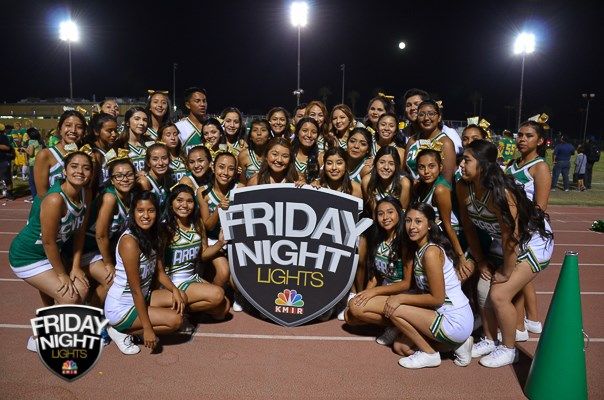 A date has been set, on March 19th, high school football will be making its 2021 debut in the desert.

In the Coachella Valley, most high school football programs participate in either the Desert Empire League (DEL) or the Desert Valley League (DVL).

The DEL, which consists of six schools, has been meeting since earlier this year to create a schedule. Ramon Ruiz, athletic director at La Quinta says that once CIF gave the green light, their schedule was released.

“Basically almost the same schedule of a regular fall football year. One change was we put LQ and PD at the last game just because it says you know, it’s a pretty important game for us. It’s panned out for the kids. It goes back to the fact that that’s what we’ve been waiting for and the kids are finally having an opportunity to compete and ultimately that’s what it’s all about.”

The Desert Valley League, which consists of 8 schools, five school districts, and two different counties took a little more time to release their schedule. Richard Lee, football head coach at Cathedral City, says they had to get their schedule approved by more people for it to be official.

“Everybody’s at different stages as far as their return to play. But we basically are at that point where everybody’s trying to get up and running as quickly as possible. But at that same point, you still have to be able to condition and prepare your kids for you know, for playing.”

The games within the DVL are split between Thursday and Friday, except for the last week, on April 16th all games are on Friday. There is one scrimmage planned between Indio and Yucca Valley on March 19th. This means DVL play officially kicks off with the match-up between Coachella valley and Cathedral City on the 19th….

“In our league, a lot more kids playing both ways, which could be fun. I think it’s exciting for the kids who are out there, especially the seniors to get a little something in although it’s going to be a very unique year.”

Lyles says playing football will defiantly look different this year for teams in the DVL.

“Trying to figure out where everyone is what who’s comfortable with playing, how many games we have some schools that, you know, our numbers are so low, where, you know, playing four or five games with a bunch of younger kids probably isn’t the safest thing as well. We’re looking at about 22 kids who are cleared for football right now, and I know some of the other schools in the league are around 35 (kids). So you’re not we’re not going to see multiple teams or teams with 60 (players).

Games hosted at schools within the desert sands school district will allow immediate family members only with proper social distancing and of course masks. Other school districts have told NBC Palm Springs that they will most likely be following the same protocols.

Starting March 19th, every Friday for the next five weeks be sure and tune in to NBC Palm Springs at 11 pm for Friday Night Lights! Our complete coverage of Coachella valley’s high school varsity football games.