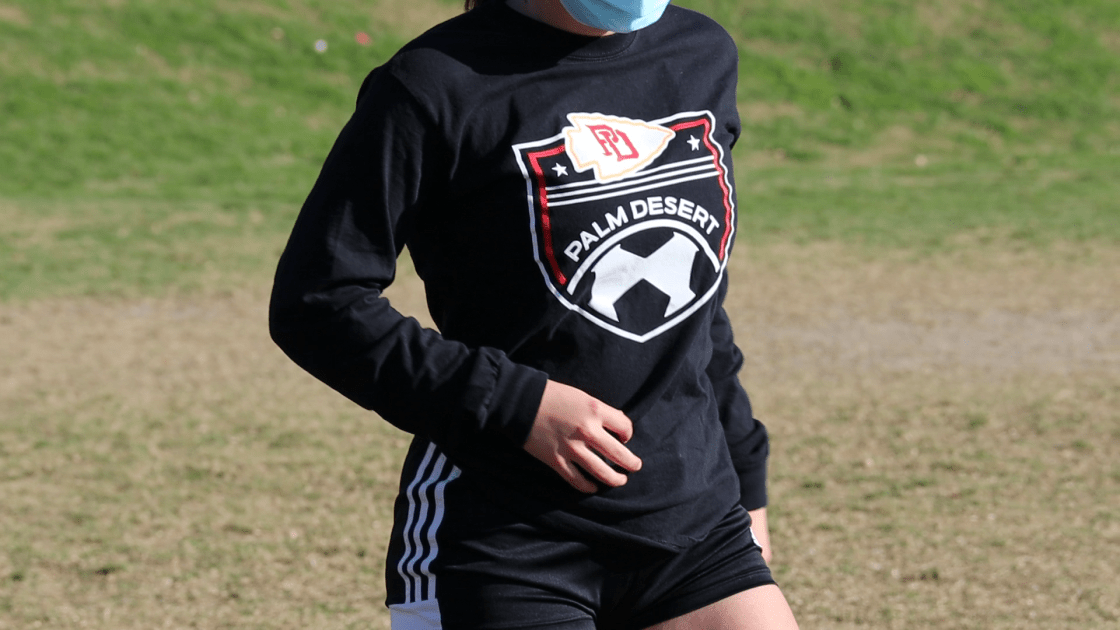 It has been a full year since the Palm Desert Aztecs’ girls soccer team has played a game, or even held a full practice. Aztecs girls’ head coach Chris Keuilian is just now preparing his team for their first full practice.

The Aztecs are reigning co-champions and ended last season in the Division 4 CIF-SS semi-final game, but this year, Keuilian says they could be getting ready to go far in the playoffs once again.

“All the kids were excited, families are excited, coaches are excited. We had to rethink everything we were doing to get ready even to have a season. And then when CIF released the guidelines that they see playoffs happening at the end of these now spring seasons, it even gave us another target to shoot for.”

CIF provided NBC Palm Springs with the following statement, saying that they will be making an official decision on winter/spring sports playoffs sometime in April.

Keuilian is currently working on getting his Aztecs to safely get back into their groove because this season will defiantly be different than the last.

“So these first couple of weeks, the main thing is we’re going to try to build them up to some type of fitness. We’re also not looking at having many players, if any at all, try to play full games. Right now we’re going to be using a lot of substitution figuring out what our depth is. Whether or not we have it or not. Right now, health and safety trump wins and losses.”

Senior soccer player, Christelle Corchia says that adjusting to a season unlike any other also poses a new set of challenges.

“We’re just all talking about how it’s gonna work and how we’re gonna squeeze our season into so much time that we have left and just it being a spring sport now rather than winter and how we’re going to kind of adapt to the climate change and everything like that.”

However, just getting back onto the soccer field is still an amazing feeling for these student-athletes.”

“Just how excited we are to be back on the field working out seeing everybody out here. It was really nice.”