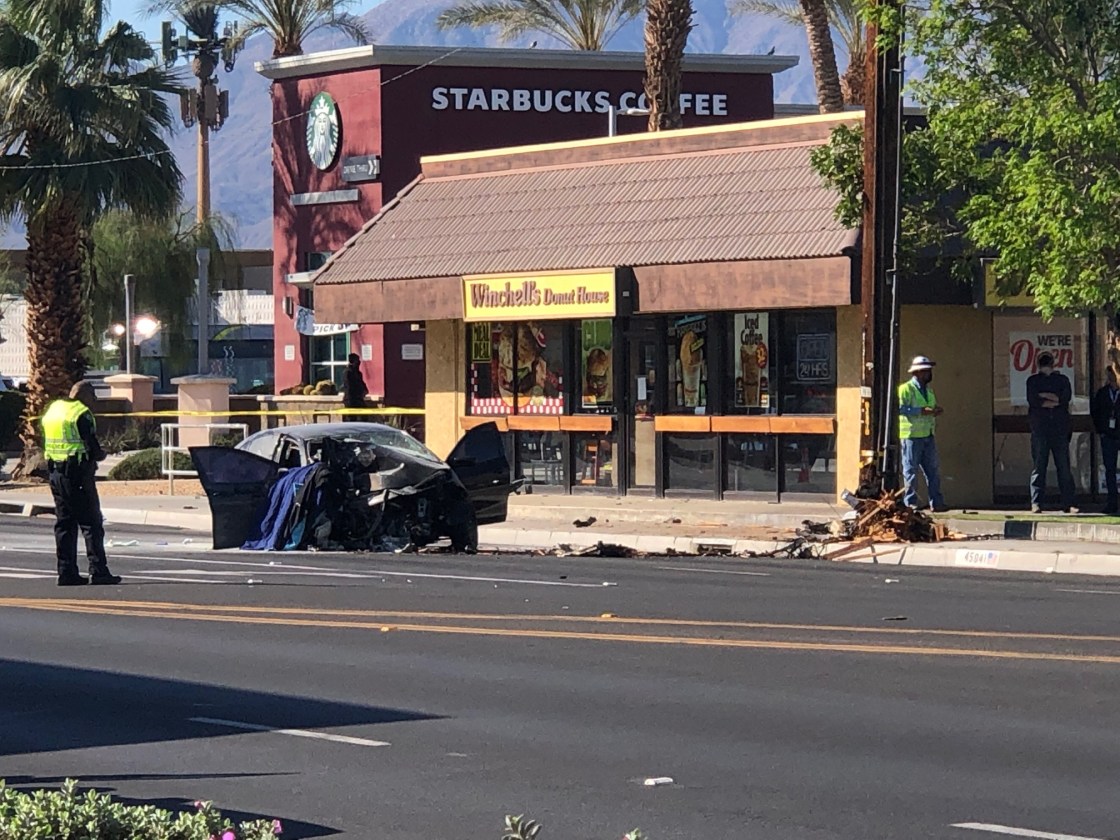 A woman was seriously hurt Tuesday when a car slammed into the power pole near Winchell’s Donut House in Indio.

The driver of the Dodge Dart, described only as a man, ran away before police arrived at the scene of the 8:30 a.m. crash on Monroe Street, just north of Highway 111, according to Indio Police Department spokesman Ben Guitron.

His passenger, whose name was not released, was taken to an area hospital for treatment of injuries described as serious, Guitron said.

The crash knocked out power to 250 customers in the area for about 30 minutes following the crash, according to Imperial Irrigation District spokesman Robert Schettler.

IID crews were summoned to replace the affected power pole, necessitating the closure of a short stretch of Monroe Street, between Highway 111 and Avenida Del Mar, to vehicle traffic.

As of 8 a.m. Wednesday, Indio Police said the area will be closed for at least another 6 to 8 hours.