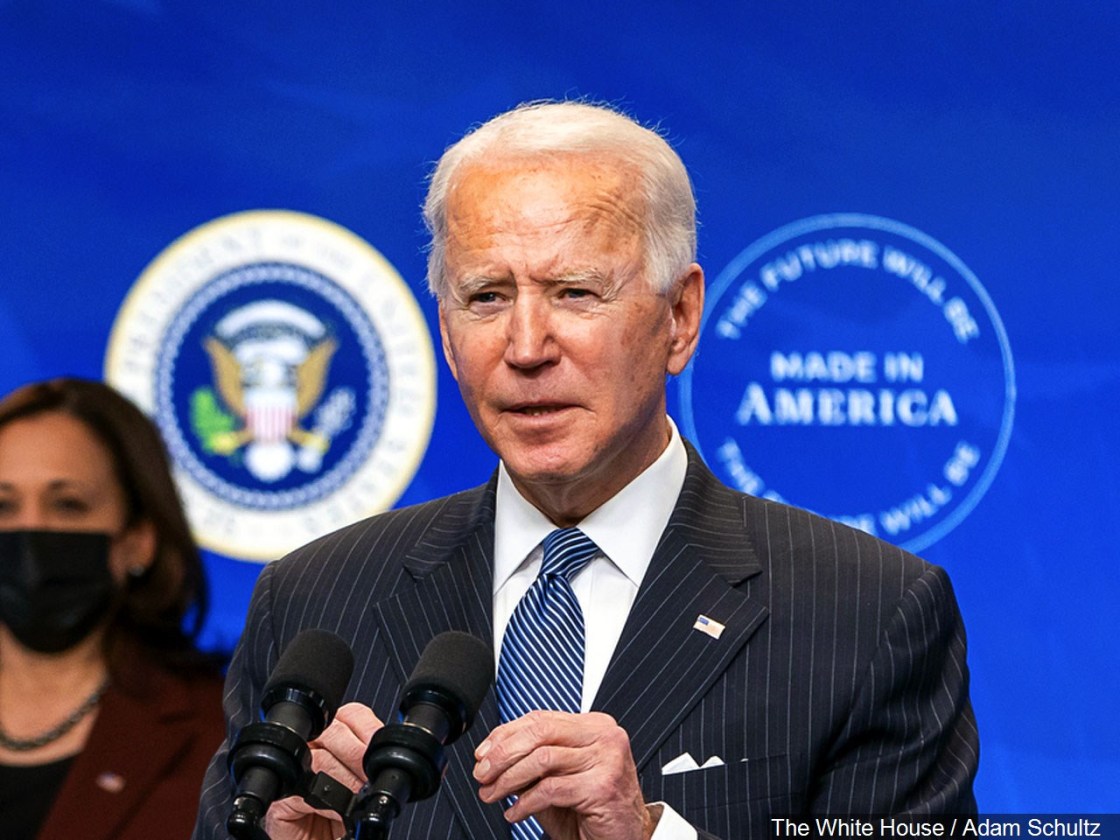 President Joe Biden used his first evening address to the nation Thursday to announce he is directing US states to open coronavirus vaccine eligibility to all adults no later than May 1, a step he says could allow for small Independence Day gatherings on July 4.

The announcements, previewed by senior administration officials ahead of his remarks, amount to the most aggressive timeline toward reopening yet, one that comes as Covid-19 cases drop but as thousands of Americans continue to die from the virus each week.

His speech, set to begin at 8 p.m. ET, is meant to open the next chapter of the coronavirus pandemic, taking stock of the worst year in recent memory while projecting hope the next one will be better.

Using his executive authority, Biden will say that all states, tribes and territories must make all adults eligible for the vaccine by the start of May. He will use the July 4 holiday as a target date by which all Americans can gather in small groups with family and friends.

“The President will talk about small gatherings, like a barbecue in your backyard, in your neighborhood,” a senior administration official said. “He will be clear that does not mean large events where lots of people gather. But it does mean that we can once again have an Independence Day with small gatherings and celebrations and that’s a big step in the right direction.”

A separate official said Biden would warn Americans that reaching the July 4 goal will require continued vigilance about wearing masks, socially distancing and getting a vaccine when eligible.

“He’s going to be very clear that this is not an automatic thing,” an official said.

Most states are already speeding along to wider eligibility for vaccines, and one — Alaska — has already opened vaccinations to every person over 16.

Fifty days into his term and at what officials describe as a critical juncture in the trajectory of the crisis, Biden will offer the most forward-looking remarks to date toward reopening the country, even as more than 1,000 people die per day.

He will occupy the same television space his predecessor used one year ago to tell Americans the risk of the virus was “very, very low,” offering a vastly different message following nearly 530,000 US deaths, an economic meltdown and a dramatic altering of everyday life.

To make his case, he will have on his side declining case counts, millions of vaccinated Americans and a $1.9 trillion stimulus package that he signed into law Thursday afternoon. The confluence of positive signs has made for an optimistic moment that Biden is eager to seize.

He will lay out new steps the administration believes makes the May 1 timeline realistic, including expanding the types of professionals who are able to administer vaccine shots. Dentists, veterinarians and paramedics will all be included in the new approved list.

He will detail a national website launching at the start of May that provides information about locating a vaccine.

And he’ll unveil a doubling of the number of federal mass vaccination centers and will announce an additional 4,000 active duty troops will participate in the vaccination effort.

Officials said the target by which enough vaccine will be available for anyone who wants it — the end of May — hasn’t changed. And they cautioned that it would still take longer than that for every person who wants a shot to receive one.

In his speech, Biden will also address school reopening efforts, announcing a summit convened by the Department of Education and expanded testing capacity for K-8 facilities.

The President is set to trumpet the new stimulus law across the country beginning next week as the government sets about trying to implement it.

Biden said a day before his speech he planned to “address the American people and talk about what we went through as a nation this past year” as well as “what comes next.”

“There is light at the end of this dark tunnel of the past year,” he said, “but we cannot let our guard down now or assume that victory is inevitable.”

Taking to the airwaves in prime time, when most Americans are in front of their televisions, has traditionally been reserved for the most important presidential messages and key junctures for an administration.

White House aides have been working with Biden for the past week on developing the tone of the speech and finalizing its text, striving to achieve the correct balance between optimism about reopening and acknowledgment of the painful reality that thousands of Americans are still dying each week.

“He has been reviewing drafts of the speech last week; he was, of course through the course of this week, and making line edits,” press secretary Jen Psaki told reporters on Thursday. “He has been providing line edits in order to ensure he is striking the right tone and providing the right level of clarity as he prepares to address the country this evening.”

Biden has been almost fully focused on the pandemic in the early days of his presidency, overseeing an increase in vaccinations and the massive economic relief plan, which cleared final passage in Congress on Wednesday.

He has proceeded cautiously on promising an end date to the crisis, aware that hiccups in the vaccine rollout or emerging variants of the virus could stymie what has been steady progress toward reopening.

But inside the White House, advisers are aware of the growing weariness among the public over sustained lockdowns and believe that carefully looking forward while still encouraging vigilance is the correct approach.

Biden’s approach to the virus so far has earned him the approval of a majority of the country. A CNN poll conducted by SSRS this week showed 60% of Americans approve of the President’s handling of the coronavirus pandemic; 34% said they disapproved. His overall approval rating stood at 51%.

Still, even with high hopes for economic improvement from the relief bill, there were indications in the poll that Biden has yet to win over the public on his handling of the economy. His rating for handling it stands at 49% approve to 44% disapprove.

Aware that his political rise or fall will be determined by the pandemic, Biden is set to begin selling his efforts more forcefully, beginning with Thursday’s speech from the White House East Room. He’s due to travel to Pennsylvania next Tuesday to talk up the Covid-19 response and will visit other states over the next several weeks.

Other high-profile representatives of the administration, including first lady Jill Biden and Vice President Kamala Harris, are also set to hit the road on what the White House is branding the “Help is Here Tour.”

The President has taken his experience during President Barack Obama’s administration to heart, believing the 2009 stimulus package wasn’t properly messaged to the American people. He has encouraged aides to more fully own the relief this time around, encouraged by polls showing a wide majority of Americans — including most Republicans — support it.

He is adopting one lesson from the Obama-era bill by promising to name an “implementation czar” to oversee the rollout of the new law, which includes provisions like $1,400 direct payments and an expansion of the child tax credit that will require a managed government effort. Biden himself oversaw the 2009 implementation as vice president.

Back then, however, the country was just entering an economic hole that would take several years to dig out from. Americans were still coming to grips with the scale of the crisis and were far from sensing an end to it.

Now, Biden faces a country that can — for the first time in months — feel the end of the pandemic nearing, helped along in part by the increase in vaccinations. Capitalizing on that optimism, and in some ways taking credit for it, is now his goal.