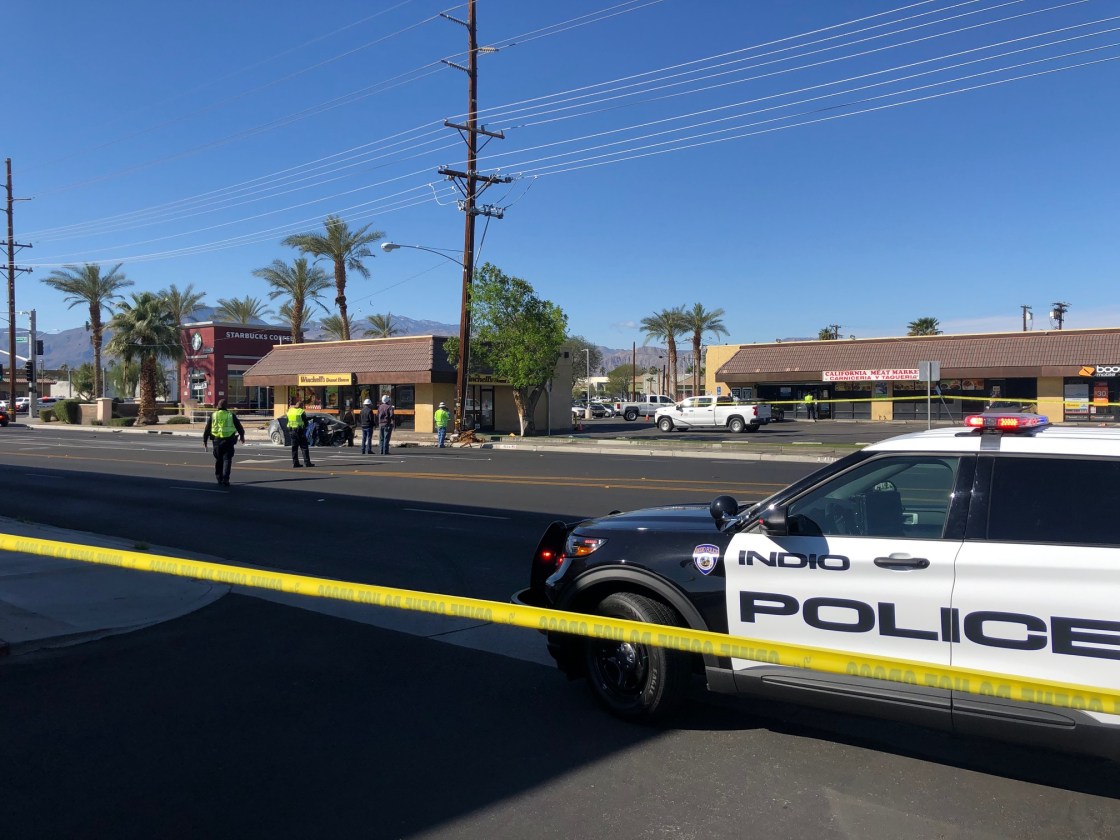 A woman who had been seriously injured when a car slammed into a power pole in Indio died Friday at a local hospital.

The woman, identified only as an 18-year-old Cathedral City resident, died about 9 a.m. at Desert Regional Medical Center in Palm Springs, according to Indio Police Department spokesman Ben Guitron.

The crash happened Tuesday about 8:30 a.m. on Monroe Street, just north of Highway 111. She was sitting in the passenger seat of a Dodge Dart when the vehicle struck a power pole. The driver, described only as a man, ran away before police arrived, Guitron said. Police are still looking for him, but he remains on the lam.

The woman was immediately transported to Desert Regional for treatment.

The impact of the crash was enough to damage an Imperial Irrigation District power pole to the point where crews had to replace it. A short stretch of Monroe Street, between Highway 111 and Avenida Del Mar, was closed for more than 30 hours while crews completed the work.

The cause of the crash was still under investigation.