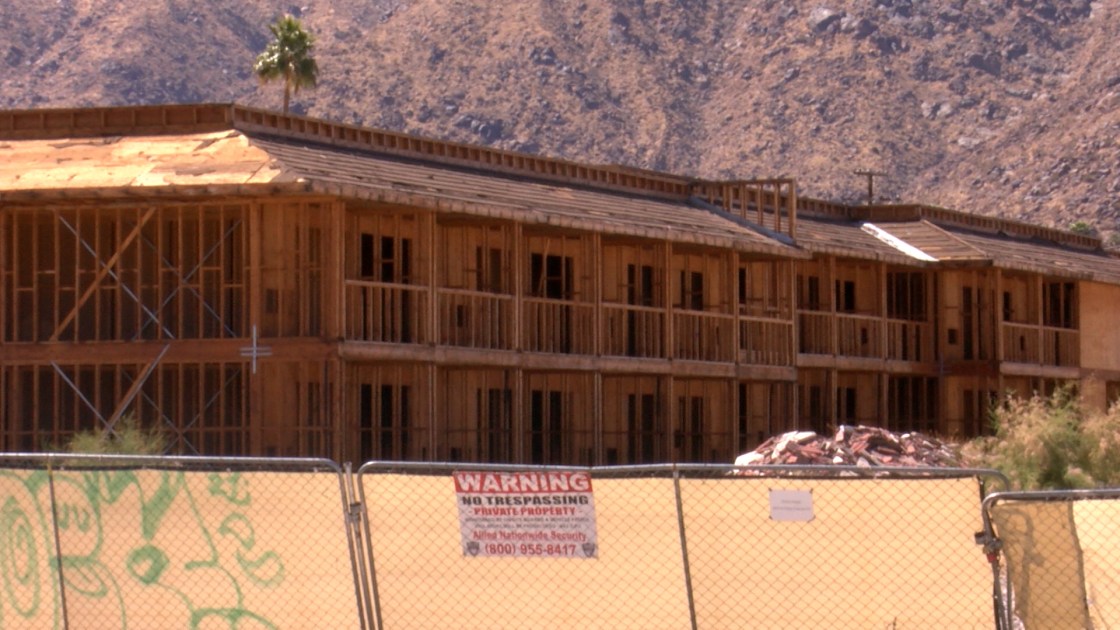 Four hotel sites that have been under construction in the city of Palm Springs have been stalled for quite some time, some becoming an eyesore for the neighborhood. The city is now taking legal action in hopes that development will continue.

Palm Springs has been working with developers of the four stalled properties, which include the Andaz Hotel, The Orchid Tree, The Tova, and The Dream Hotel.

All facing hardships for a number of reasons including the impacts of Covid-19.

“What council wants to do is a dual-track, a parallel track, so we certainly want the developers to perform and if they can convince the council and community that they could do so, that would be a good outcome,” said David Ready, City Manager of Palm Springs.

And to keep things moving, the city will be taking court action which they explain can be pretty severe.

NBC Palm Springs reached out to all four hotels for a statement, but all developments have yet to respond.

“We communicate very often with these owners. we spent a significant amount of effort over the last ten rebuilding our local tourism economy, the convention center, new hotels, the downtown renovation project, and so these are the final pieces of that process and it’s important that we get them completed,” said Ready.

Nearby businesses are hoping for completed projects and in the meantime ask something to be done with what many refer to as an eyesore welcoming people to the city.

“For us, I’d like to see it demoed, maybe a beautiful wall build with some mural, welcome to palm springs, something in the interim. I know that the eyesore that it’s causing here on the north end of palm springs isn’t good, it’s not creating the whole positive vibe,” said Andy Mahaffey, General Manager of Rick’s Restaurant.

The city saying the community should see some changes in about a year.

“We get to the end of a year from now, and if the developer can proceed great, and we always can pull back on the legal proceeding. but if not, we’re at a point then where a judge can make a decision and hopefully in our favor,” added Ready.