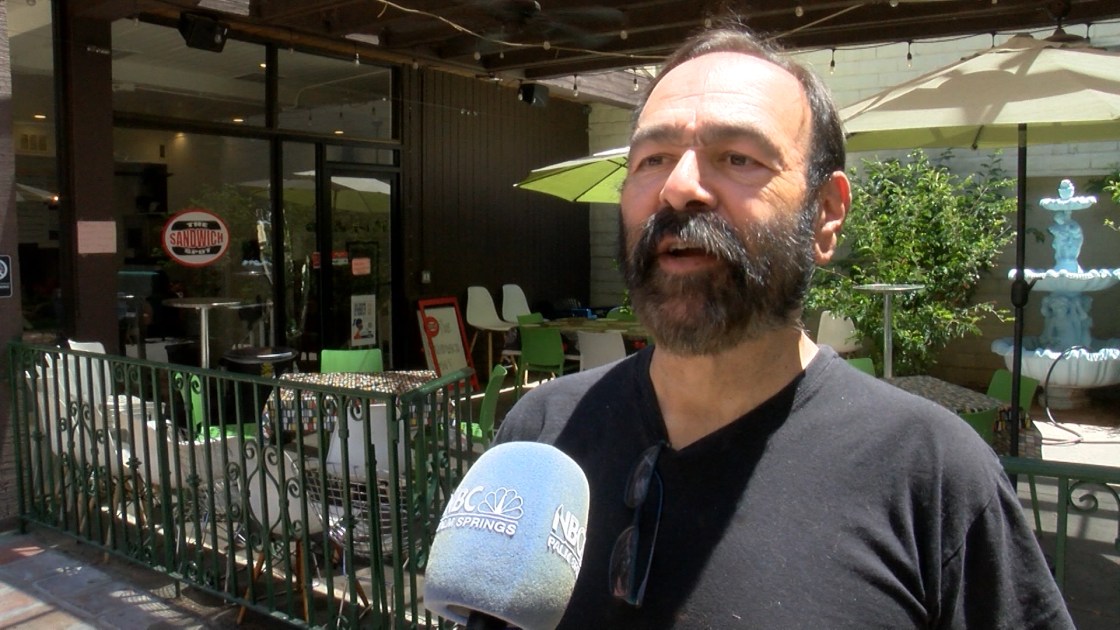 Corey Saldana, the owner of the sandwich spot in palm springs was featured various times on our news broadcasts talking about how businesses were surviving through the pandemic.

NBC Palm Springs shares some of the interviews we have with Corey and reactions from fellow business owners.

“It’s payroll, it’s my staff, I want to make sure that they’re taken care of and anything that I can obtain from the government is going to help them out, and there my first priority aside from customers,” said Corey Saldana.

That was Corey, always ready to offer an update on how his shop was doing while serving up some of the best sandwiches in town. On Thursday, The Sandwich Spots’ Facebook confirming the unexpected death of their boss, letting customers know they will be closed on March 23rd to mourn his loss.

“A lot of the business around here and the whole community are very saddened at the loss of Corey Saldana. his shop, the sandwich spot was very very popular and he really brought something different to the community,” said Joy Meredith, Founder of Crystal Fantasy.

“He was just such an easy guy, always had something great to say about everybody, we were just talking the same day or the day before of his passing,” said Gwen Gatti, owner of Top N’ Tees.

Those who worked closest with Corey remembering him for what he did not only for his business but also for his community.

“Corey was, just loved baking and meeting all the customers, greeting all the customers, what we called hobnobbing. I’m going to miss him, and one of the biggest things he had done for the community hires the Palm springs high school dance team and we would do the pride parade, choreograph the routine and I going to miss doing that again with him,” said Dena Banes, Manager of The Sandwich Spot.

And for those wondering what will happen to The Sandwich Spot, management says it will stay open honoring their beloved boss with his own special sandwich.

“We’re going to go on in his name, it’s going to take us, we might have a little hiccup here and we are going to close on Tuesday. we will start fresh on Wednesday with a special sandwich in his name and his honor called “The CheerfulBblessings,” if you know Corey that’s kind of a catchphrase of his, he’s got many, but cheerful blessings is one of them,” exclaimed Banes.

A catchphrase that will certainly be passed along.