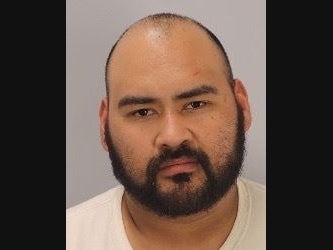 Felony charges are expected to be filed Tuesday against a felon accused in an armed robbery inside the gated community that houses the upscale Arnold Palmer PGA West golf course.

Luis Leyva Jr., 32, of Desert Hot Springs was arrested and booked into the Smith Correctional Facility in Banning on Friday on suspicion of robbery, assault with a deadly weapon and negligent discharge of a firearm. He remains in custody on $35,000 bail.

Leyva and three other suspects allegedly robbed two victims at gunpoint in the 79000 block of Olympia Fields on Dec. 20, according to the Riverside County Sheriff’s Department.

Sgt. George Acevedo said the suspects allegedly bashed the victims’ heads with guns, rendering them unconscious, prior to stealing their possessions and fleeing the scene.

The investigation led deputies to the 66000 block of First Street in Desert Hot Springs, where Leyva was taken into custody. Details regarding what led investigators to pinpoint Leyva as a suspect were not provided.

The other suspects have not been arrested, and their names, if known, were not made public.

Leyva has prior felony convictions in Riverside County including burglary and vehicle theft.