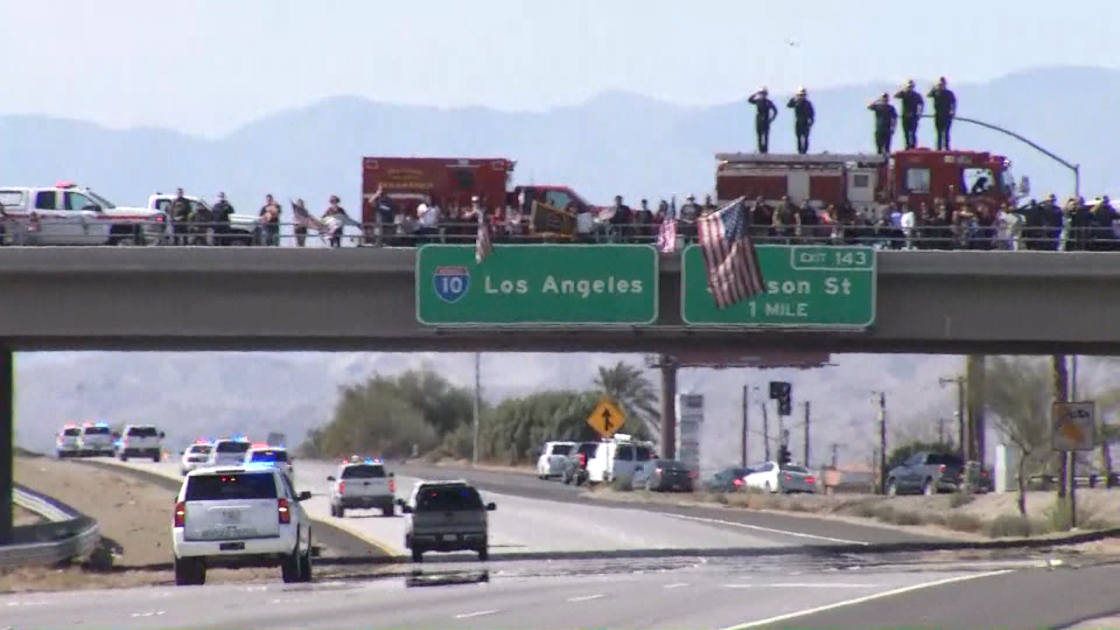 The procession started at the El Centro coroner’s office around 1:00pm Wednesday afternoon and headed west to the Weaver Mortuary in Beaumont. 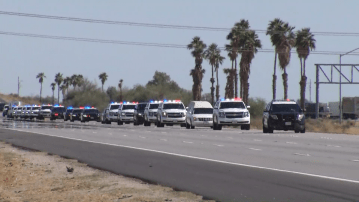 Flores-Banuelos was stuck and killed by a vehicle March 15 while tending to a vehicle accident on Highway 86 north of N. Marina Drive in Salton City.  It was a period of limited visibility when he was struck by another vehicle passing through the accident scene. An Imperial County Sheriff’s Office deputy arrived shortly thereafter, provided first aid, and called for emergency medical personnel. He was transported by ambulance to Pioneers Memorial Hospital where he was pronounced dead by the hospital’s medical staff. 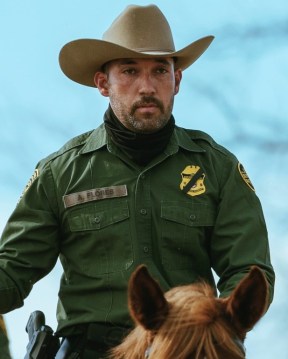 Flores-Banuelos started his CBP career on March 5, 2009 and spent his entire Border Patrol career at the Indio, California Border Patrol Station in the El Centro Sector.

Prior to joining the Border Patrol, Agent Flores-Bañuelos honorably served his country in the U.S. Marine Corps.  He was born and raised in Richgrove, California and graduated from McFarland High School in McFarland, California.  He is survived by his wife, his three children and his mother.

A GoFundMe has been set up to help his family with expenses.

WATCH NOW: Procession passing through Coachella Valley for Border Patrol Agent Alejandro Flores-Banuelos who was fatally struck by a vehicle while responding to an incident in Salton City. It's expected to pass through around 2:30pm. https://t.co/Ei7AnmGHXD