Airbnb and Vrbo are overloaded with reservations 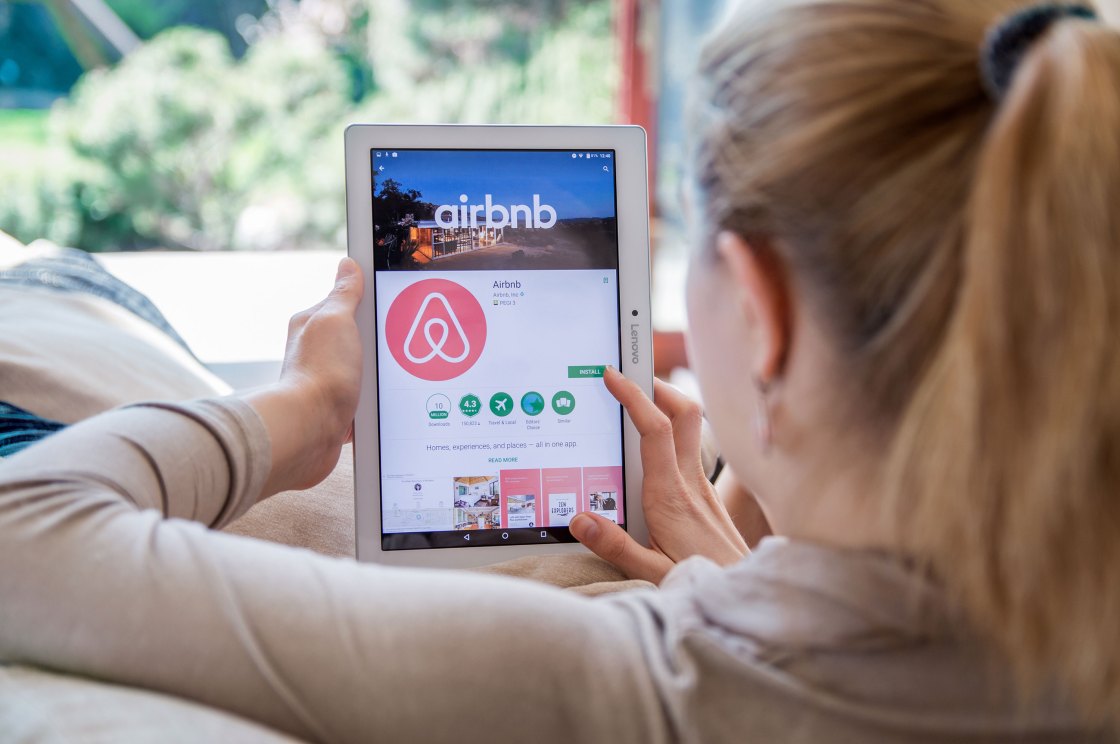 After a year of being cooped up at home during the Covid-19 pandemic, many Americans are taking a cue from 2021 Rock and Roll Hall of Fame induction nominee The Go-Go’s.

“Vacation, all I ever wanted. Vacation, had to get away.”

People are hitting the roads and airports for Spring Break trips this coming week and are already starting to make plans for the summer. And that’s good news for companies like Airbnb and its home sharing rival Vrbo, which is owned by online travel giant Expedia.

Shares of Airbnb are up more than 20% this year following 2020’s successful initial public offering, while Expedia has soared more than 30%.

Airlines and hotel stocks have surged as well. United and Southwest are each up more than 30% in 2021. Hilton and Marriott have both gained about 10%.

“We’ve had a phenomenal recovery,” said Vrbo president Jeff Hurst in an interview with CNN Business. “We could be looking at a real boom period for leisure travel.”

A resurgence in vacations could lift all boats in the sector. Hurst, who also serves as Expedia’s co-lead of marketing, said the company’s numerous other brands, which include Hotels.com, Travelocity, Orbitz and Hotwire, are starting to bounce back too.

“More people are searching for core urban destinations that had a falling out during the pandemic. People are interested in going to Las Vegas again,” Hurst said, adding that there is a certain degree of freedom that people who have already gotten coronavirus shots now feel.

“People will start booking more flights and hotels and resorts will have a big comeback,” he said.

But there will be also some people that will want to drive a few hours to go to a rental house in the woods as opposed to flying to a beach or mountain resort and staying in a fancy hotel.

Hurst said Vrbo, which was founded in 1995 as Vacation Rentals By Owner, is off to its best start to a year in a quarter century in the United States, adding that people are also starting to book summer trips significantly earlier than usual.

Airbnb is booming too. The company said earlier this month “that guests are increasingly looking for ways to safely reunite and meaningfully connect with loved ones” and its hosts have earned a combined $1 billion since the start of the pandemic last year.

Places like southern Maine, the Jersey Shore, the suburbs of Austin, northern Arizona and — of course, the beaches of Florida — are hot spots for travelers, according to Airbnb.

Vrbo’s Hurst said that another trend he is seeing is the rise of the so-called “flexcation.” More people are willing to go away for longer periods of time.

The increased work from home trend and availability of virtual schooling is making it more desirable for people to be away from home for several weeks … or even months.

The jobs recovery may be gaining speed

The US jobs report is the big event on the calendar next week.

Investors will be looking to see if the economy can improve on the 379,000 jobs created in February. Figures for March will be published at 8:30 a.m. ET on Friday.

How will investors react? Well … they won’t. At least not right away. US markets will be closed for Good Friday, which is not a federal holiday.

The unemployment rate now stands at 6.2% compared to last April’s peak of 14.7%. But there could be more improvement on Friday.

Capital Economics said the labor market recovery probably “kicked into a higher gear” in March, driven by a rebound in leisure and hospitality hiring as states including Texas lifted restrictions on businesses and restaurants.

“The continued rebound in the OpenTable restaurant dining data suggests the recovery in employment at bars and restaurants is gathering pace, consistent with overall leisure sector employment,” senior US economist Andrew Hunter wrote in a research note.

Capital Economics predicts that 700,000 jobs were added to the economy in March, which would be the best month since September.