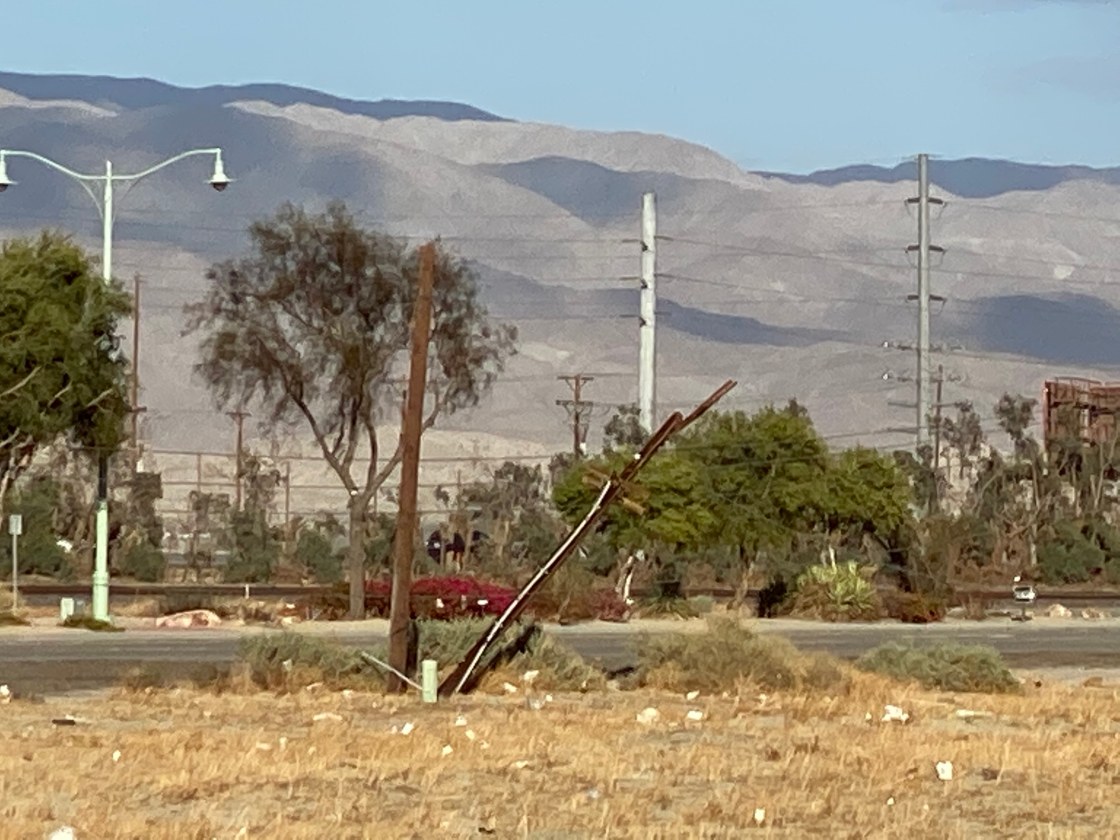 Board Ratifies Local Emergency Declaration Due To Desert Windstorm

The Board of Supervisors Tuesday ratified a local emergency declaration connected to a windstorm that toppled power poles in parts of the Coachella Valley, causing $2 million in damage and knocking out electricity to hundreds of homes and businesses.

The board’s approval of the proclamation follows emergency resolutions already signed by the IID Board of Directors and Barton in the wake of the March 15 storm. With the board’s official recognition of an emergency, the California Office of Emergency Services will be put on notice that there is a need for financial and other relief to contend with the damage.

Winds gusting in excess of 50 mph lashed the eastern county area, as well as large swaths of Imperial County, late on the afternoon that day. A winter storm was pushing through the region at the time.

According to Barton, 18 utility poles went down and several underground transformers blew during the event.

The IID, which serves part of the Coachella Valley, said nearly 1,700 customers lost electricity. The outages lasted two days in one or two spots, but electricity was restored in most places after one day.

Supervisor Manuel Perez, who represents the area, thanked Barton and his team for “mobilizing” immediately after the storm to offer assistance to residents. But the supervisor expressed concern that the another storm could wreak the same havoc again.

“I’m hoping there is some sort of plan moving forward,” he said.

Barton said that the IID is examining its “response protocols” and intends to create a “really robust” system of prioritizing power restoration in the future.

According to the EMD director, the county is additionally working with the district to establish community centers where mobile power generators can be switched on without delay, offering shelter to those in need.

“We could address issues and provide services that are needed by residents for the duration of whatever the power outages might be,” he said.