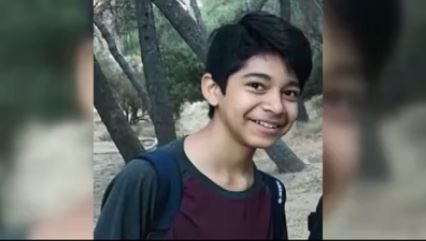 Landmark Middle School in Moreno Valley sits empty. The thought of going back is giving some students and parents anxiety.

Not because of the pandemic but because of a bullying incident that escalated to the point of two teenagers beating their classmate 13-year old Diego Stolz to death.

Things have not been the same since that September day in 2019.

“The students were inconsolable,” says Sara, a Moreno Valley resident who did not want to be identified, recalling that day.

Sara now has a child at Landmark Middle.

She says the fact that this can happen is too much for any family to bear, “Mom sent her child to school that morning, they didn’t have a thought that you know their son wouldn’t make it back home.”

She says bullying for students is a concern, including for her child, “I know for a fact that my child was worried that they wouldn’t fit in.”

She can’t get over the sentence the judge recently handed down to the two now 14-year-olds who admitted to involuntary manslaughter to probation and community service makes it hard for people to move on, especially the family.

“That is a tremendous slap in the face, and you know as a mom I try to put myself in her shoes, it’s just, it’s so unjust,” she says.

But she does see changes happening at the school.

“Positive moves that have been put in place to make sure something of this magnitude will never happen again,” she says including communication has improved.

Anahi Velasco, the public information officer with the Moreno Valley Unified School District says they cannot comment on the sentencing or discuss the issue in detail because they are currently facing a lawsuit by Diego’s family. But she says they understand the concerns and have been working hard to make changes including easier to report bullying  digital forms  that go to the district automatically.

“Every time that someone reports a case whether they experience themselves or if they saw something, they witnessed it then they’ll report it so now it goes to our district PBIS coordinator and they work with the school site so that way there’s communication between the district in the school and we’re able to respond to those reports in a timely manner so within 24 hours is our goal to be responding to that is the policy that has been updated,” says Velasco

They also created programs like Hearts YOUnited that engage students’ emotional well being that promotes empathy and kindness and resources that make students feel safe and empowered to express their feelings, share their struggles and ask for help.

“We will continue to move forward in working with our students, our staff and our community, we’re all healing together and Diego will never be forgotten,” says Velasco.

We reached out to the Diego’s family through their attorney, we did not hear back. We look forward to updating this story to include them. 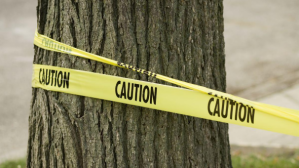