Sheriff: Probe Into Tiger Woods Crash Complete, But Not Public Yet 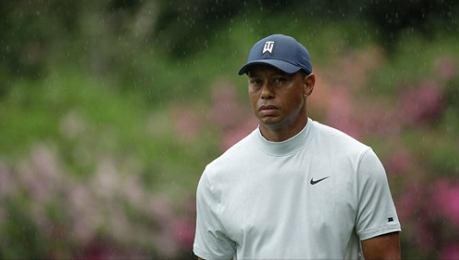 The investigation into the Rancho Palos Verdes rollover crash that seriously injured golfer Tiger Woods has been completed, Sheriff Alex Villanueva said Wednesday, but details were being withheld due to privacy issues.

“A cause has been determined, the investigation has concluded,” Villanueva said. “However, we have reached out to Tiger Woods and his personnel. There’s some privacy issues on releasing information on the investigation, and we’re going to ask them if they waive the privacy. Then we’ll be able to do a full release on all the information regarding the accident.”

Villanueva said investigators obtained the “black box” from the Genesis GV80 SUV Woods was driving at 7:12 a.m. Feb. 23 when he struck the center median on northbound Hawthorne Boulevard at Blackhorse Road. The SUV careened across the southbound lanes, sheered off a tree and flipped over before coming to rest on its side about 30 yards off the side of the road.

No other vehicles were involved in the crash and no other injuries were reported. The first person to arrive at the scene told sheriff’s officials Woods was unconscious inside the vehicle. The first sheriff’s deputy to respond found the 45-year-old golfing great awake and responsive, but suffering from severe leg injuries.

Woods was taken to Harbor-UCLA Medical Center, where he underwent surgery for multiple fractures to his right leg and ankle. He was later transferred to Cedars-Sinai Medical Center for follow-up work. He announced March 16 that he had been released from the hospital and returned to his home in Florida.

“Happy to report that I am back home and continuing my recovery,” Woods wrote in a message on his Twitter page. “I am so grateful for the outpouring of support and encouragement that I have received over the past few weeks.

“Thank you to the incredible surgeons, doctors, nurses and staff at Harbor-UCLA Medical Center and Cedars-Sinai Medical Center. You have all taken such great care of me and I cannot thank you enough. I will be recovering at home and working on getting stronger every day.”

No further information about his medical recovery has been released, and it was unclear if or when Woods might be able to return to the golf course.

Woods lives in Florida but was in the Southland at the time of the crash after hosting the Genesis Invitational golf tournament at The Riviera Country Club.