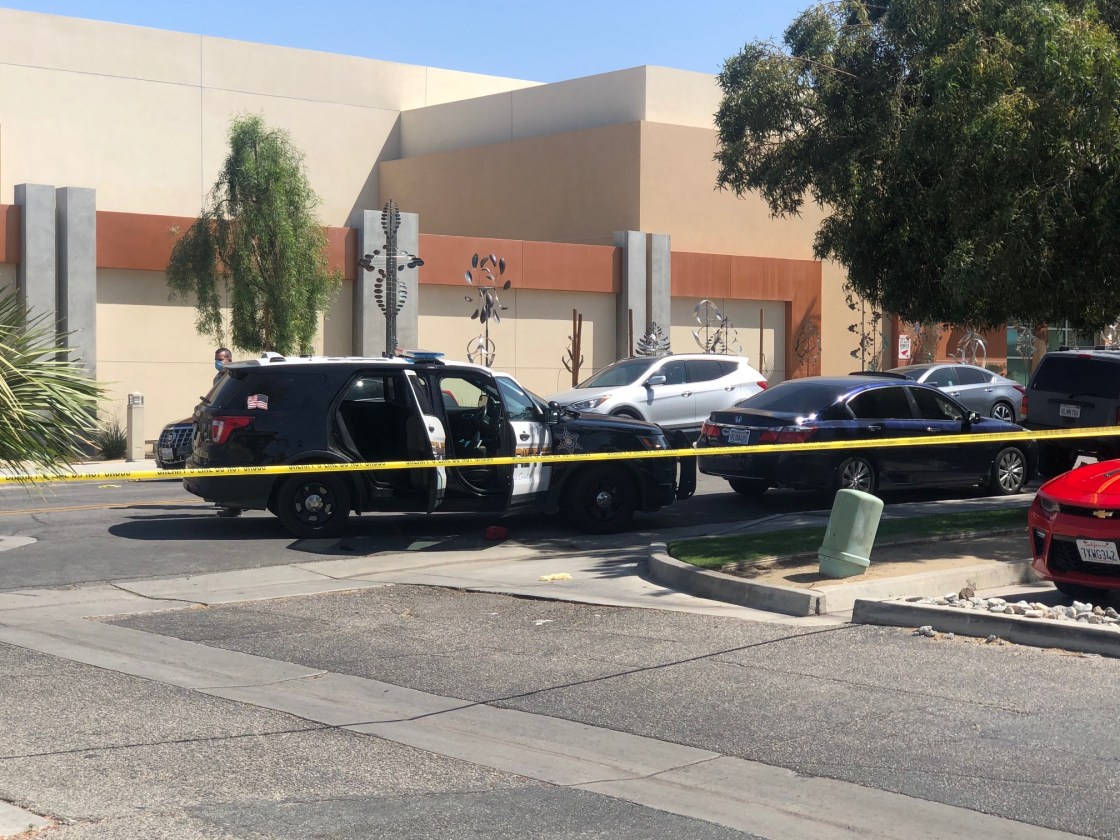 The Riverside County Sheriff’s Department received reports Tuesday afternoon regarding a male who was assaulting customers in the area of Lupine Lane between Highway 111 and El Paseo.

According to deputies, they contacted the suspect who was uncooperative and immediately began to fight.

The suspect armed himself with a knife and stabbed one of the deputies in the leg. Deputies attempted to utilize their Taser, which was ineffective.

The suspect raised the knife and tried to stab the same deputy again, but was unsuccessful and ultimately taken into custody.

The injured deputy and the suspect were transported to a local hospital for treatment.

The suspect will be booked in to the John Benoit Detention Center for Attempt Murder on a Peace Officer.

This is an on-going investigation and we are asking the public’s assistance with any information regarding this incident.