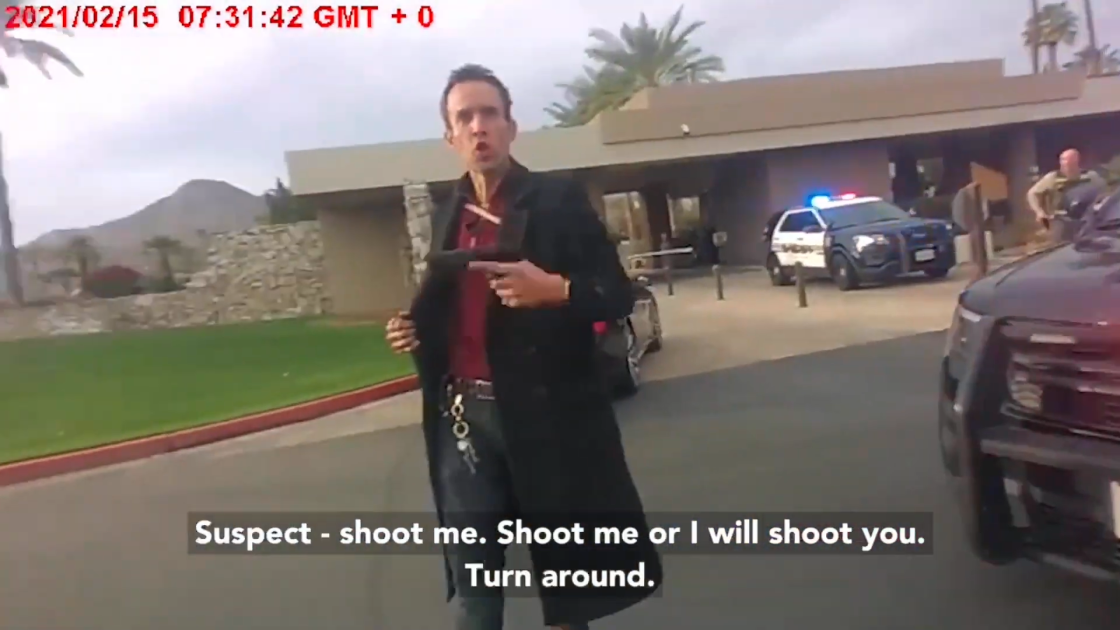 Leading up to the pursuit, deputies received a call regarding Robertson brandishing a firearm in the area of Simon Drive and Highway 111 in La Quinta. Dispatch received information that an adult male suspect displayed a handgun at the victim and threatened to kill the victim. While deputies were en-route to the location, they were advised by dispatch that the suspect vehicle had fled the scene and was traveling westbound on Highway 111. That’s when a pursuit ensued.

In the video released Thursday, Robertson is seen and heard telling responding deputies to shoot him several times, “shoot me, shoot me, end my existence,” Robertson says. 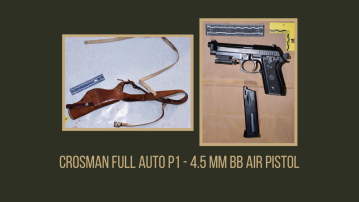 He then tells deputies, “shoot me or I will shoot you,” as he pulls out what was perceived to be a real firearm, but was later identified as a BB air pistol.

This is when the deputy fired at Robertson.