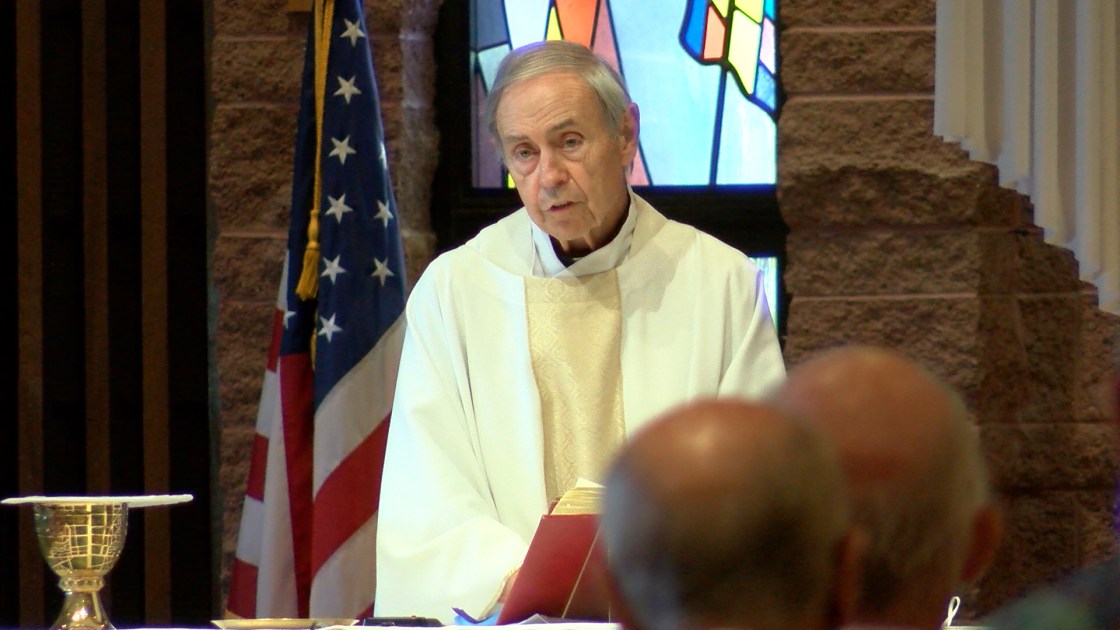 After 20 years of service, Reverend Monsignor Howard Lincoln will be retiring from Sacred Heart Church in Palm Desert. On Sunday members of the church spoke about Father Lincoln’s legacy in what will be his last Easter Sunday Service.

“I’m retiring after 20 years and it’s been such a privilege to be here,” exclaimed Lincoln.

Father Lincoln comparing this year’s service to last year, explaining that it’s still not what people are used to, but it’s much different than having empty pews.

Members of the church and those who work closest with Father Lincoln sharing what they learned and what they’ll miss most.

“We are just going to miss him so very much, as is not just the staff but the community, the people in our church, he has been an angel to this valley,” said Sandra Susini, Secretary to Monsignor Lincoln.

“He really, like he preaches, but he also does. he’s been a blessing and everybody who gets to know him, they know what I’m talking about, and we are as Sandra said, we are going to have an empty space, but he deserves that,” said Karla De Leo, a church member.

Father lincoln sharing what the church has accomplished during his time here and what here learned most about the community.

“I’ve learned this community is incredibly generous, we’ve been able to give away during the last 20 years about 20 million dollars, I can actually document that. that we have given outside of the church to the greater community, and that’s because of our parishioners, because of their generosity and I’m going to miss so much.”

With a warm heart, he explains what he will miss the most.

“I’ve never had a bad day in 20 years at sacred heart church, the people and everything have just been wonderful and I’ve been so blessed by God to be here,” said Lincoln.

Father Lincoln tells NBC Palm Springs he will be staying local and in his future plans, he says he plans to work on his golf game.