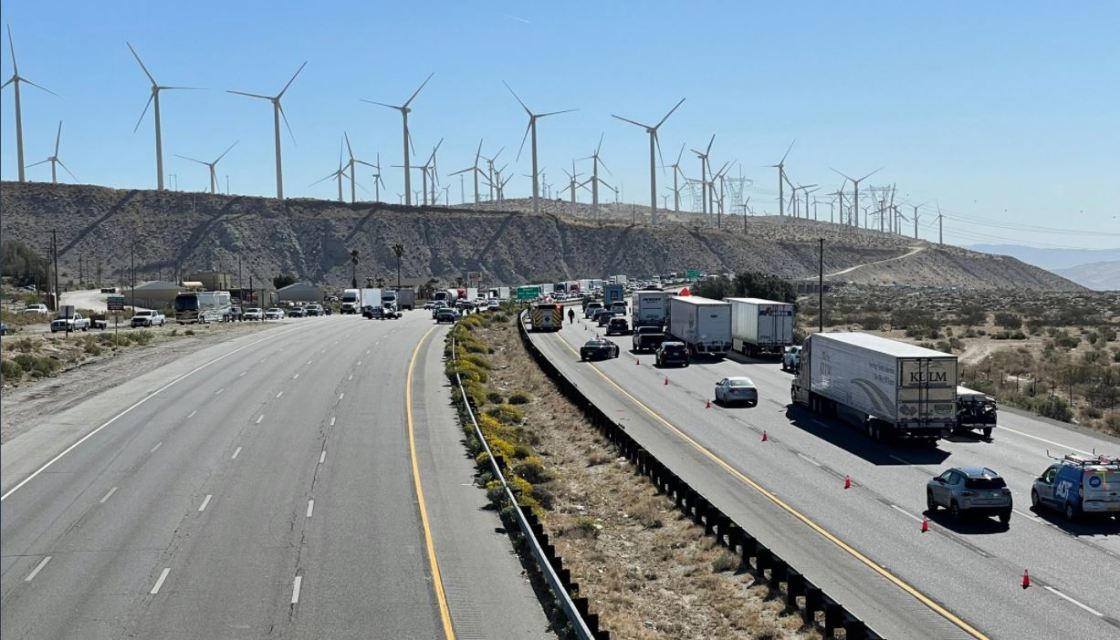 A Riverside County sheriff’s deputy Friday shot and killed a man who authorities said charged the deputy with a tire iron on Interstate 10 near Whitewater.

The man died at the scene of the shooting, which occurred about 8:45 a.m. near Whitewater Canyon Road, according to the Riverside County Sheriff’s Department. He was not immediately identified.

Sgt. Lionel Murphy told reporters at the scene that the deputy responded to the area on a report that a man was throwing rocks at vehicles, and the deputy saw the suspect smashing the window of a parked car with a tire iron.

The deputy ordered the man to drop the tire iron, but he instead walked toward I-10 and onto the interstate, Murphy said.

Video sent to our newsroom shows the moments leading up to that deputy-involved shooting that shut down the I-10 freeway near Palm Springs. @NBCPalmSprings MORE: https://t.co/tpJzWk19PP pic.twitter.com/4JKzVz8Efh

The deputy again ordered the man to drop the tire iron on the interstate, but the man instead charged the deputy, wielding the tire iron, Murphy said. The deputy then fired an undisclosed number of gunshots at the man, striking him, the sergeant said.

The deputy, whose name was withheld, wasn’t hurt, Murphy said.

The Palm Springs Police Department reported heavy traffic on surface streets in the city south of the scene, and urged motorists to avoid the area.

All lanes on I-10 reopened around 4:30pm, but backup is still expected for hours.

TRAFFIC UPDATE: All lanes have been opened on I-10 westbound following a major traffic delay caused by a critical incident at Whitewater. Drive safely!

@RSO tells @NBCPalmSprings that a man was throwing rocks and vandalizing a car driving by with a tire iron near Whitewater Canyon Rd., when deputy arrived he ignored deputy’s commands and got on freeway, deputy shot him, he died on the scene. Deputy was not hurt. pic.twitter.com/5tFNVff8p2

CHP is assisting RSO with a critical incident at I-10 at Whitewater. WB traffic is being diverted to WW and back onto I-10. EB #1 lane closed. Use caution in the area.@CHP_Border @HeyKitty @KESQ @BanningPatch @MyDesert @NBCPalmSprings pic.twitter.com/5eA5ye5wAO