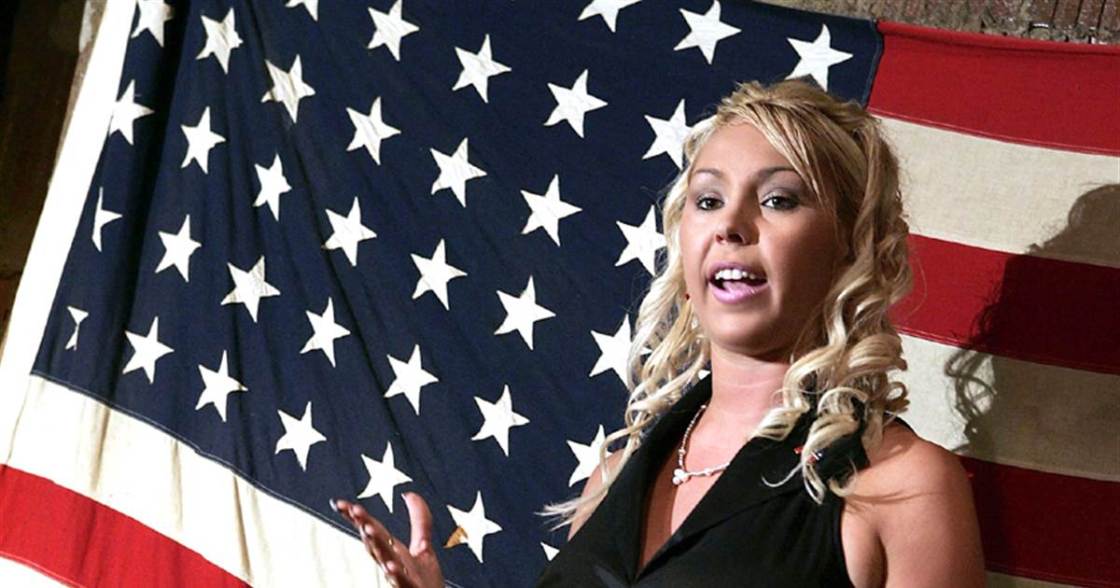 Now, 18 years later, Carey is no longer an adult film star and said she’s ready to focus on politics. She told ABC7 News she is officially running for California governor.

“Last time, I was young, dumb, and full of fun,” Carey, 40, said in an interview Monday afternoon. “And this time I’m more experienced and I am not going to take this position laying down. I am ready to be on top.”

Carey — who came in 10th place in 2003 — already has a website, t-shirts, and even a working slogan (“Finally a politician you want to be screwed by!” she says with a wink). But it’s hard to say if this time around people will take her any more seriously.

Still, her announcement underscores what a wild election year could be in store for California. Celebrity activist and former Olympic athlete Caitlyn Jenner is reportedly mulling a run. And according to LA Magazine, so is model Angelyne, who also ran in 2003. “First of all there was Brown, then there was Gray, I think we need some pink,” she would say at the time.

Part of the reason so many candidates jumped into the race in 2003 — and could do so again now — is that the barrier to entry is relatively low. According to the California Secretary of State’s office, a person who wants to run for governor must gather at least 65 signatures and pay a filing fee of $3,916.12 (it was around $3,500 in 2003).

Carey first told ABC7 News she was mulling another run for governor last month when she was interviewed for our new documentary, “Total Recalled: The story of America’s wildest, largest recall election.” Since then, her husband, who she married in 2018, has been helping her form her campaign.

So, what’s next? She says once the recall officially qualifies she will travel to Sacramento to formally register. After that, she plans to embark on a tour of strip clubs across the state.