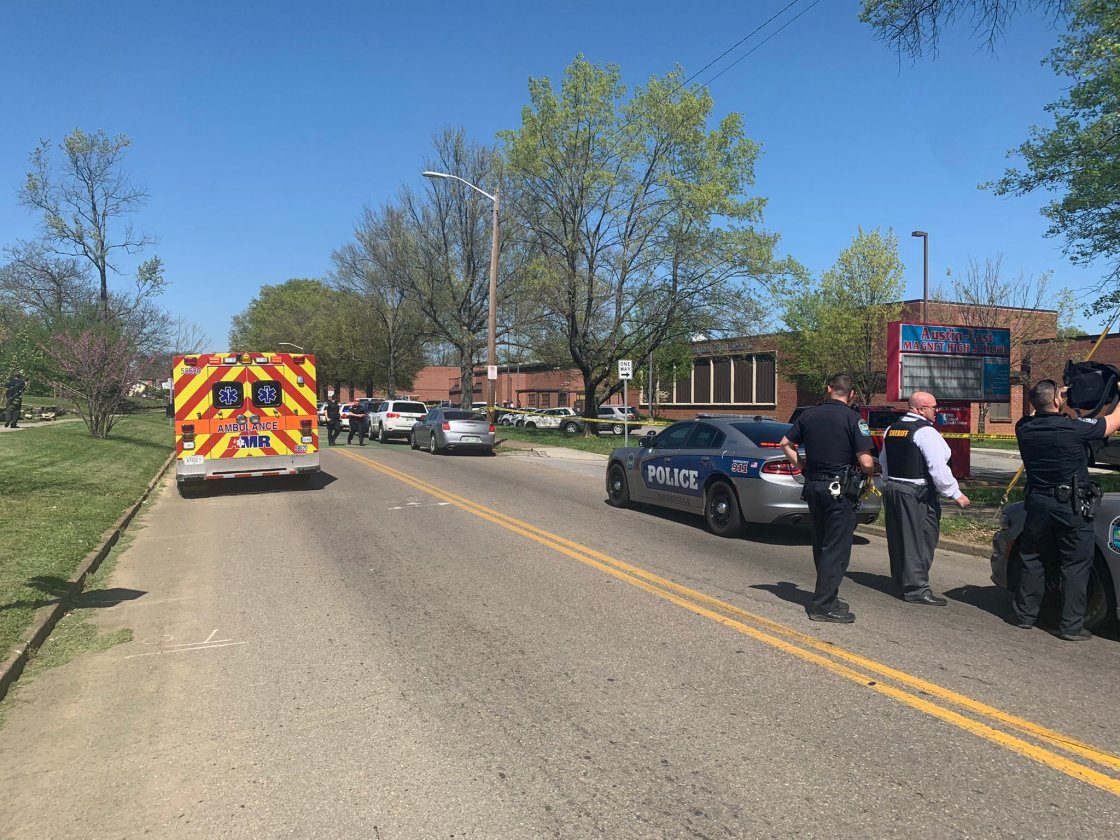 The officer involved in a shooting at a Knoxville high school on Monday has been identified, according to a tweet from the Knoxville Police Department Tuesday.

KPD identified the responding officer as Adam Willson and said he is recovering from surgery.

“Willson, a 20-year veteran of KPD, was currently serving as the School Resource Officer at Austin-East. We are grateful for the well wishes,” the department said.

KPD Officer Adam Willson is recovering from surgery after being wounded in yesterday’s shooting incident at Austin-East Magnet High School. Willson, a 20-year veteran of KPD, was currently serving as the School Resource Officer at Austin-East. We are grateful for the well wishes. pic.twitter.com/wDcBGnxT9d

Officers, including Willson, responded to reports of a potentially armed individual at Austin-East Magnet High School around 3:15 p.m. ET Monday, the Tennessee Bureau of Investigations (TBI) said during a news conference Monday.

Officers found the individual in the school’s restroom, and they ordered him out. He refused and after he fired shots, at least one officer returned fire, TBI said.

The gunman, who was identified as a student at the school, died at the scene, TBI said. Authorities said they are not releasing the student’s name at this time.

Willson was hit at least one time and taken to UT Medical Center, police said. Initially, authorities said he had non-life-threatening injuries. But in the news conference late Monday, Knoxville Police Chief Eve Thomas said Wilson was in surgery and listed in serious condition.

“This wasn’t a school shooting, this was an officer-involved shooting inside of a school, much different. At this point, the student hadn’t done anything with the firearm until the officers engaged,” TBI said. “It’s important to make that distinction.”

TBI said “there were no arrests I’m familiar with at this time,” adding that “if anyone was detained, it’s more than likely witness information.”

Austin-East Magnet High School will be closed for the next two days, according to a tweet from Knox County Schools.

Bob Thomas, Knox County Schools superintendent, said there will be counselors available in the school building tomorrow. He said while no classes will be held on Tuesday and Wednesday, a decision on the rest of the week’s classes will come soon.

“We are all devastated by this tragedy,” Thomas said during a news conference on Monday.

This is the fifth fatality surrounding the high school in the last few months and the community is “devastated,” Corcoran Knoxville Fire Department Capt. D.J. Corcoran told CNN in an email.

Austin-East Magnet High School is a Title 1 school, which is a federal program that provides financial assistance to “schools with high numbers or high percentages of children from low-income families,” according to the US education department.

The school’s website says it has “a performing arts focus that offers resources including visual arts, CTE and rigorous academic courses.”

Community officials weighed in on the tragedy on Monday, offering their condolences to Wilson and his family.

“Our hearts go out to the family of the deceased and to the officer and his family,” Corcoran said. “Please pray for our community.”

Knox County Sheriff Tom Spangler said in a tweet that he is wishing Wilson “a full & speedy recovery.”

Our prayers are with our LEO family @Knoxville_PD especially the officer shot in the line of duty this afternoon. We wish him a full & speedy recovery! Additionally, we are praying for the entire Austin East Community this evening.
-Tom Spangler, Sheriff

“Additionally, we are praying for the entire Austin East Community this evening,” wrote.

Knoxville Mayor Indya Kincannon, who said she met with Wilson earlier in the day, told CNN affiliate WVLT that she thanked him for putting his life on the line for the students and staff at the school.

“He said that he’d rather that he be hurt than anybody else,” she said.

Sen. Marsha Blackburn said she was “heartbroken to hear about the shooting.”

“My office has been briefed on the situation and I am praying for the community, including the officer injured in the line of duty,” she tweeted.

I am heartbroken to hear about the shooting at Austin-East Magnet High School in Knoxville. My office has been briefed on the situation and I am praying for the community, including the officer injured in the line of duty.