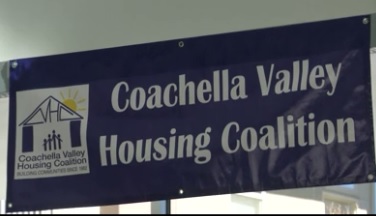 The Coachella Valley Housing Coalition announced Friday it was awarded a $6 million federal grant to be used to construct additional affordable housing in both Riverside and Imperial counties.

The U.S. Department of Agriculture (USDA) grant will be specifically used to fund the nonprofit’s self-help single family program in which “families form an informal association and agree to help each other build their homes with technical assistance provided by a competent construction supervisor,” according to the organization.

“The funds allow us to support the local economy as well as bring new homeownership opportunities to families that do not qualify for conventional mortgage financing. It is truly a community empowering experience,” said CEO Alice Salinas.

In writing a letter to the USDA in support of the nonprofit’s application in February, Rep. Raul Ruiz cited rising home prices as a key barrier to home ownership for low-income families.

“Access to affordable housing is essential to the health and well-being of our community. Thanks to the dedication of the Coachella Valley Housing Coalition, this significant financial award will make a true difference in the lives of the residents who will ultimately have a new place to call home,” the congressman said in a statement.

Founded in 1982, the coalition was formed to step up affordable housing production for farmworkers and low-income families in the Coachella Valley and surrounding areas.

The organization, which has grown into one of the country’s largest developers of self-help housing, has constructed nearly 2,000 homes through the USDA program.