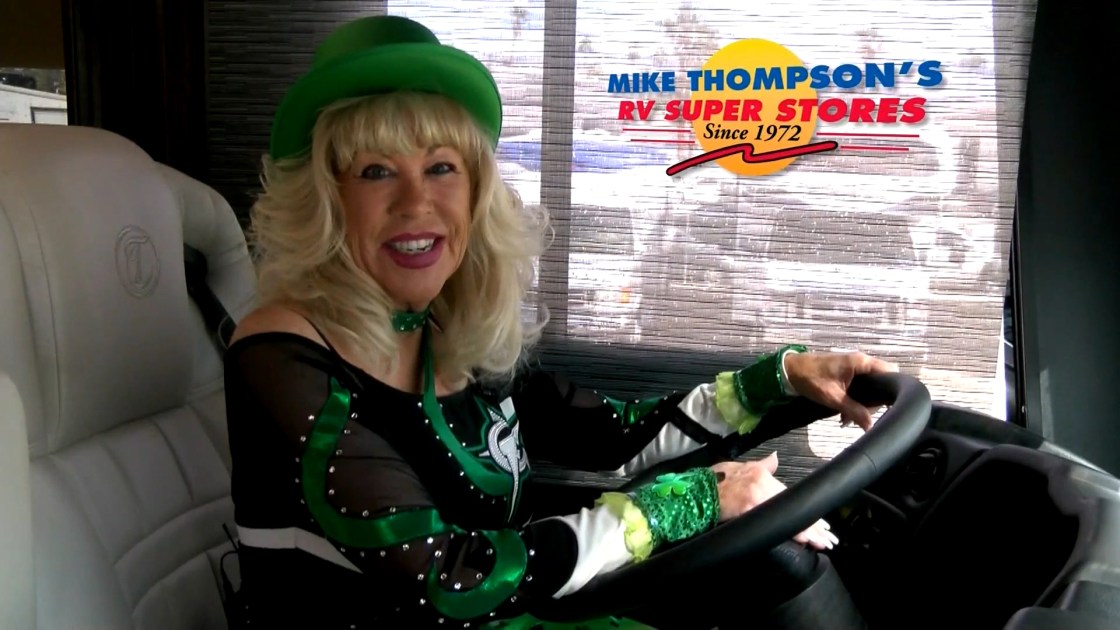 It was twenty five years ago, Sher Lyckman had been selling insurance.  The UC Irvine graduate with a degree in business was looking for a new challenge.

A friend invited her to work one weekend in San Marcos (San Diego County), helping out at a big sale for RV Peddler, a local RV dealer.  That weekend, she sold five RVs and knew immediately that she had found her calling.  But little did Lyckman know that her biggest success would come years later as store manager for Mike Thompson’s RV in Cathedral City.

That success comes not just from dramatically increasing sales at the RV dealership.  It is due in large part to Lyckman becoming a cult like icon on local TV.  “I can’t believe it,” said Lyckman. “Not in a million years.  Who would have thunk.  It’s just phenomenal what has happened.” 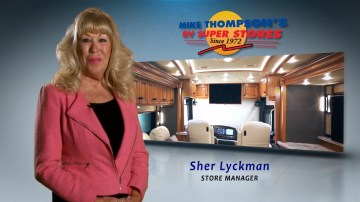 Shortly after arriving at Mike Thompson’s in 2018, Lyckman started doing traditional TV ads trying to drum up business.  As she recalls, “They were kind of run of the mill.”

That’s when she decided to step it up.  She recalls the impact popular car dealer Cal Worthington had when he did off the wall ads decades ago from his southern California car lots. “He had such a gimmick,” Lyckman says. “And it was so memorable.  Who in our age group doesn’t know who Cal Worthington is?” 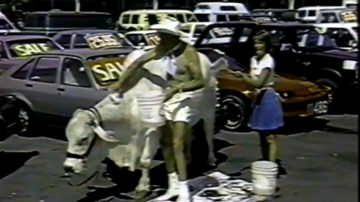 Saying she always liked to get dressed up in costumes for the holidays, she thought why not incorporate those costumes into her TV ads. 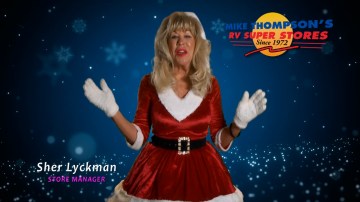 The first one featured Lyckman as Santa (or Mrs. Claus) prior to Christmas in 2019.  It was an instant hit.  Next followed themes related to Valentine’s Day (the Queen of Hearts), St. Patrick’s Day (a lucky Leprechaun), and many others. 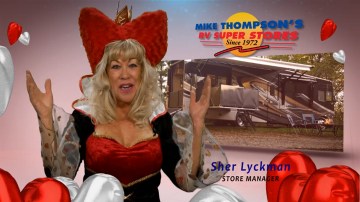 The result was beyond belief.  “Sales have increased close to 400-percent since I started the costume ads,” Lyckman says.  There has also been another unexpected benefit.

The ads are so popular and so different, unofficial Sher Lyckman fan clubs have popped up.  And, it is not unusual several times a week for people who have seen her on TV to stop by the dealership just to get a picture with her.

One of those fans, radio personality Joey English understands the appeal.   “She’s so popular.  Folks want to know what she’s like.”

Fans now suggest to her what costume to wear or character to play next.  She takes time to talk with each of them.  “I love my job, I love what I do, and I love being out there in the public  making friends and giving samples of customer delight.”