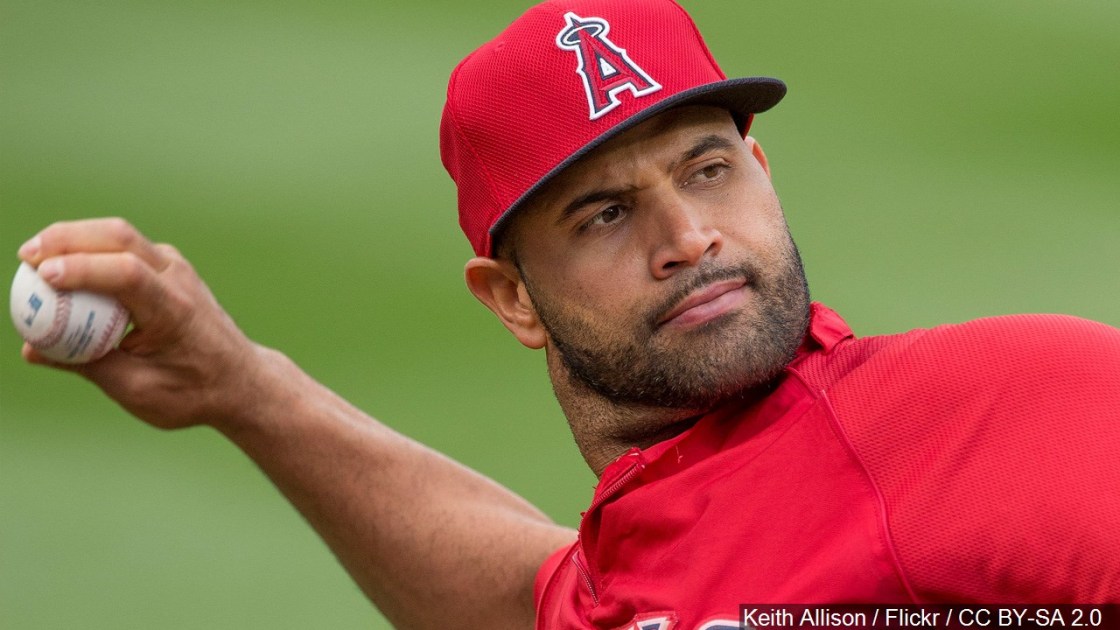 Future Hall-of-Famer Albert Pujols was designated for assignment by the Angels Thursday, ending a decade-long run in Anaheim that saw him solidify his credentials as one of the game’s most feared power hitters.

Pujols is hitting .198 with five home runs and 12 RBIs this season, including a .143 average with one home run and two RBIs in his last seven games.

The Los Angeles Times, citing a person familiar with the situation but not authorized to speak publicly about it, reported that Pujols was upset that he was not in Wednesday night’s lineup to face Tampa Bay Rays pitcher Ryan Yarbrough, a left-hander Pujols had gone six-for-nine with two homers, two doubles and seven RBIs against.

The person said the decision to bench Pujols on Wednesday night was made by the front office and not Angels manager Joe Maddon.

“It wasn’t Joe’s call despite the success Albert has had against Yarbrough,” the person told The Times.

Under Major League Baseball’s collective bargaining agreement, a player designated for assignment is immediately removed from his club’s 40-man roster. Within seven days of the transaction the player can either be traded or placed on irrevocable outright waivers.

“Albert @PujolsFive I know the glory is of God, not of man; that’s why I’m not surprised about the shameful way @Angels treated you and your legacy today,” Martinez, now a studio analyst with MLB Network, tweeted.

“Everyone in baseball feels proud of you and the way you handled yourself. Thank you for being one of the best in the game.”

Angels owner Arte Moreno said in a statement “the Angels organization proudly signed Albert Pujols in 2011, and are honored that he has worn an Angels jersey for nearly half of his Hall-of-Fame career. Albert’s historical accomplishments, both on and off the field, serve as an inspiration to athletes everywhere, and his actions define what it means to be a true superstar.

“Since his Rookie of the Year season in 2001, Albert and his wife Deidre have generously given their time and resources to countless charities throughout the world,” Moreno said. “We are thankful to the entire Pujols family.”

A three-time MVP with the St. Louis Cardinals and 10-time all-star, Pujols ranks fifth all-time with 667 home runs, fifth with 669 doubles and second with 2,112 RBIs. He also ranks fifth in total bases and fifth in extra- base hits.

Pujols and Hank Aaron are the only players to ever accumulate 3,000 hits, 600 home runs and 600 doubles.