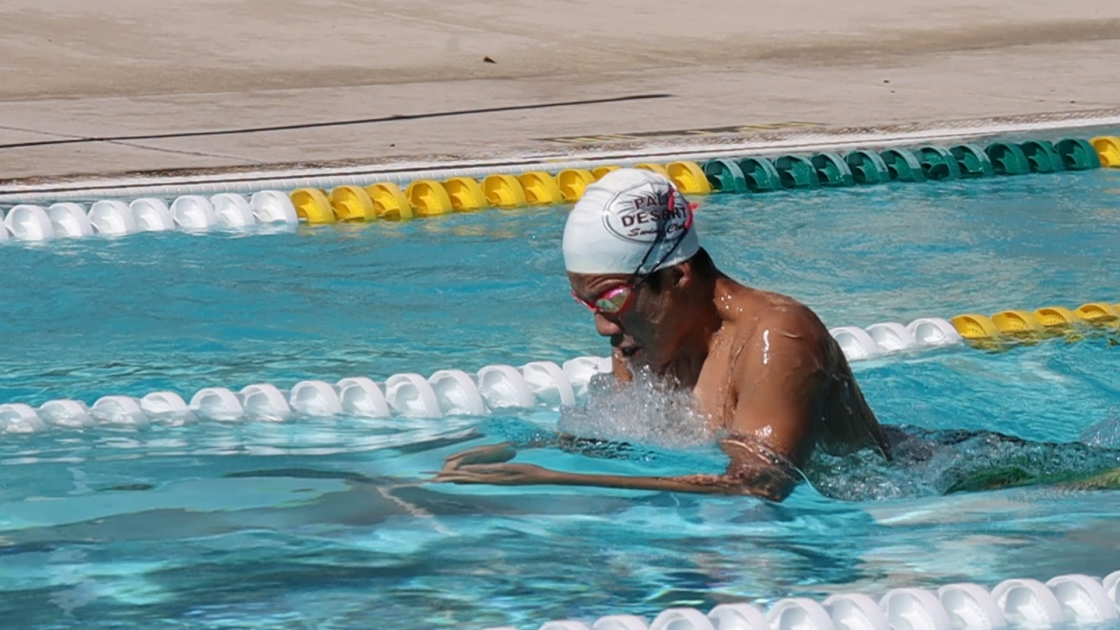 Coachella Valley’s High School swim team has a brand new coach this year, Nicole Maxwell, who has coached swimming for nearly 40 years. When Coachella Valley’s long-time swim coach had to step down, she stepped up, and the team captain of the swim team, Astra Sandoval was more than grateful.

“I was really thankful that she decided to take on the job of being a coach at CV because we were missing a coach and luckily, she stepped in.”

A typical high school swim team has 40-50 members, but due to every sport happening at once, the team at CV is much smaller this year. However, that’s not stopping Coach Maxwell from pushing her team to be as successful as they can be.

“What makes this team special is that we are small, but we are mighty. We have six boys and we have five girls and we go to a meet and we score a lot of points. The girls have had a hard time because they only have five, six is kind of the magic number that you have enough kids for all the events and spread them out evenly. But individually, every time that they get to swim the race, they’re just swimming against their best time from the time before. ”

With such a small team, Astra, who is a junior, and the other girls are really focused on technique this year. That way, when next season comes, they can focus on helping out the new members of the team.

“We make it work because all the girls on here are really, really dedicated to what they’re doing, and I’m like really happy for them. I’m really thankful for them too, for stepping into places that they are very scared to do.”

With a “perfect” number of six swimmers on a team, Coach Maxwell says the boys of Coachella Valley have had a lot of success so far this season.

“The boys have had an undefeated season thus far and we’ve broken six school records and we plan on breaking at least three more. These records are 10 years old and
these kids are doing a great job.”

Jaydan Chau, a freshman, has broken six school records in seven swims. His biggest goal — is to make it to the national stage.

“I was told that I broke some records afterward and I was like, okay. I’m not too focused on the others around me or how I’m beating them. It’s just my experience and how I want to get better and see myself improve. I really like swimming because I really appreciate the people around me. I just watch them get better, I see the good times and the bad times. It’s just a roller coaster.”