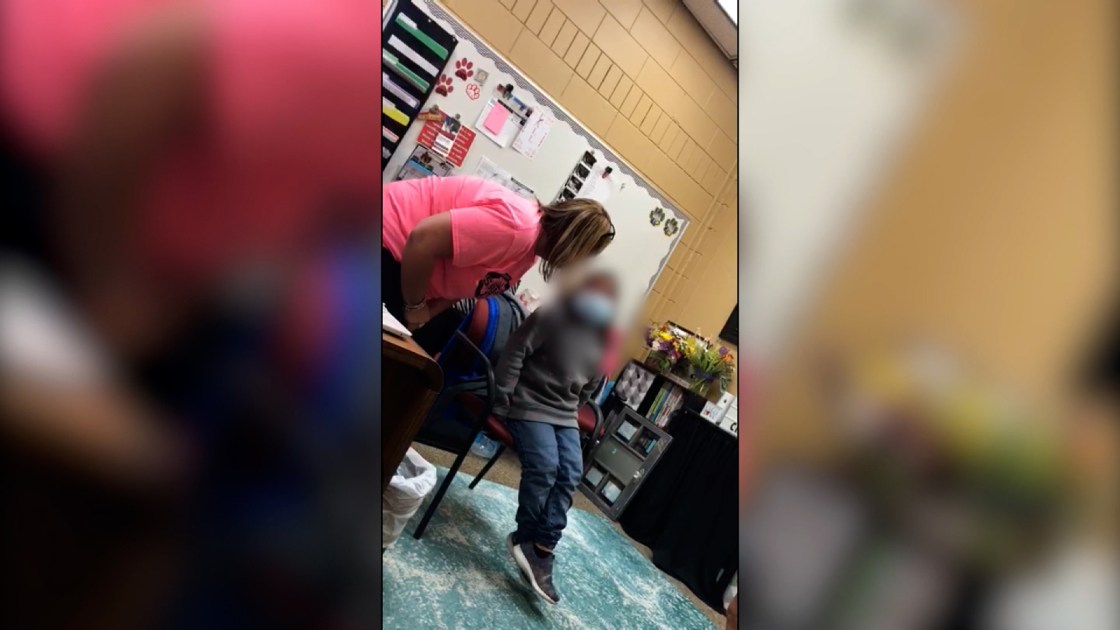 A Florida school district is investigating an incident that happened at an elementary school after a mother secretly recorded her 6-year-old being paddled on the buttocks by staff, the school district tells CNN.

The student’s mother said she received a call from Central Elementary School in Clewiston, Florida, on April 13 saying that her daughter had scratched a computer screen, according to the family’s attorney, Brent Probinsky. The mother was told to bring $50 to the school to pay for damages and that sometimes children are paddled, her lawyer said.

The mother was confused as to whether this was allowed, Probinsky said, and when she came to the school, she was escorted into a room where her daughter was standing with two adult staff members. The mother was “frightened and confused” and started secretly recording, Probinsky said.

CNN is not naming the mother and child because of their concerns about their safety.

In an interview with CNN affiliate WINK, the mother said she started recording because, “Nobody would have believed me. I sacrificed my daughter, so all parents can realize what’s happening in this school.”

In cellphone video sent to CNN by Probinsky, an adult staff member can be seen paddling the 6-year-old girl as another adult holds her in place. In the video, after the first strike, the child starts to cry and tries to move away from the adults, but the adult yells at the child to get back in position and hits her twice more.

CNN has been unable to reach the woman seen paddling the child in the video. It is unknown if she has an attorney.

Probinsky said he is representing the mother and child at their request and has taken the case pro bono. When asked if there are plans to pursue civil action, Probinsky said they are waiting to see what the school board and state attorney’s office does.

The Clewiston Police Department received a request from Hendry Regional Medical Center staff at 1:31 p.m. the following day, April 14, after “a complaint of a child with injuries accompanied by the child’s mother who requested a police report,” the department said in a May 2 release sent to CNN.

The mother went to the Hendry County Sheriff’s Office on April 14 to file a report, Probinsky told CNN. The HCSO has not responded to multiple requests from CNN for comment. CNN has not been able to obtain a copy of the report.

In a statement to CNN, the Department of Children and Families said it is investigating the “concerning incident that happened at Central Elementary School in Clewiston.”

“The situation is under investigation, at this time we have been advised to not give any statements.” Beverly Thompson, Administrative Secretary of Hendry County School Board, said in an email Tuesday.

In the school district policy regarding student discipline posted online it says, “The Superintendent shall designate sanctions for the infractions of rules, excluding corporal punishment, which shall relate in kind and degree to the infraction, help the student learn to take responsibility for his/her actions, and be directed, where possible, to reduce the effects of any harm which may have been caused by the student’s misconduct. Principals shall have the authority to assign discipline to students, subject to Board policy, the administrative procedures of the Superintendent and to the student’s due process right to notice, hearing, and appeal.”

CNN has reached out to the Florida Department of Education which, per its policy, would not confirm or deny an investigation into staff at the school.

“The department has a robust system for investigating allegations of educator misconduct and taking disciplinary action when allowable by law,” Cheryl Etters, a spokesperson for FDOE said in a statement to CNN. “While educators are entitled to due process rights, the department is committed to making sure the appropriate disciplinary action is taken on the educator’s certificate.”

CNN has reached out to the 20th Judicial Circuit State Attorney’s Office who said they have not received the Clewiston Police Department’s complete investigation to review and could not comment on an active investigation.

At this time, no charges have been filed in the case.