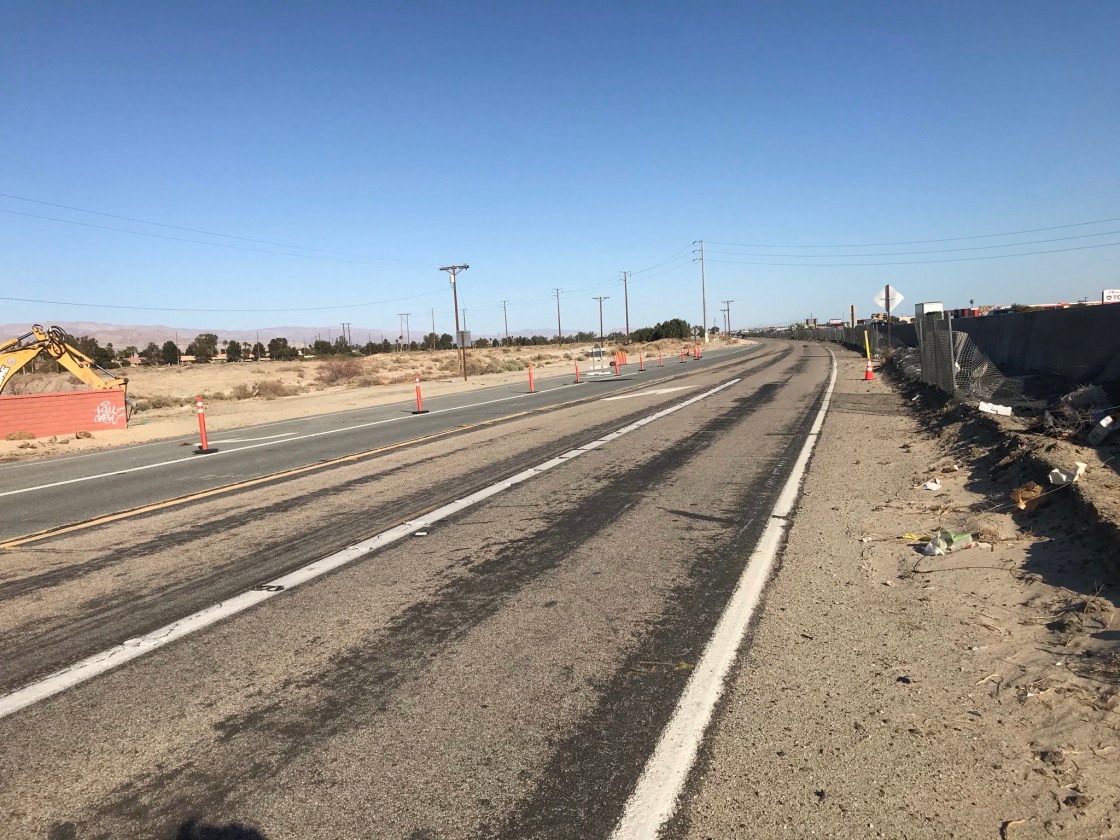 Road work is underway on a heavily trafficked corridor in Thousand Palms.

Crews are placing a new layer of pavement along four total miles of Varner Road, along with widening shoulders. Work will take an estimated two months to wrap up.

The thoroughfare runs parallel to Interstate 10, and is a popular route for traversing the Coachella Valley without using the freeway.

Work slated for the corridor will occur in two sections — between Monterey Avenue and Cook Street, and from Avenue 38 to Berkey Drive. A 1.7-mile section in the middle is not in need of repairs, officials said.

Supervisor V. Manuel Perez is proud to see this project, which has been planned for several years, begin construction to improve a road that is a primary access point for Thousand Palms and a key road used by many Coachella Valley drivers.

“Varner Road gets a lot of use and is among the roads in highest need of major work,” said Supervisor Perez. “This road repair project will make the road easier, safer and smoother to drive on, improving the commute for people driving to work, taking their children to school, and visiting local businesses.”

The $2 million project is primarily funded by the county’s allocation of state gas tax money, generated from the gas taxes and vehicle registration fees paid by motorists.

Construction will be performed by Vance Corporation of Bloomington.