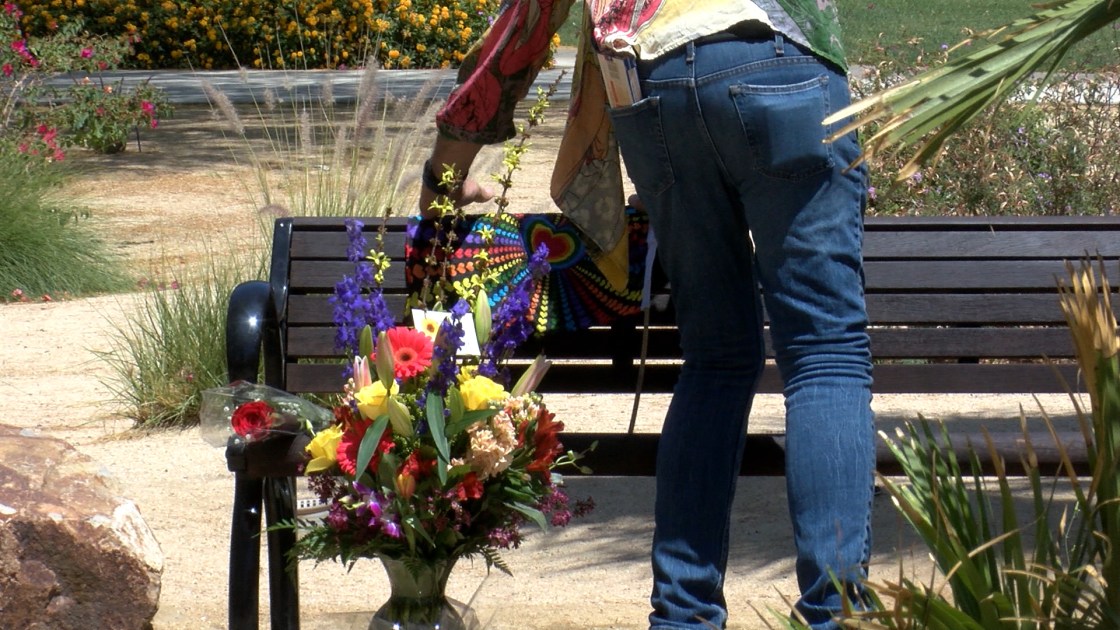 The first person to be cured of HIV was memorialized earlier today in Palm Springs. Timothy Brown was cured of HIV in 2007 and died in September of 2020 from leukemia, but his legacy lives on at wellness park where people gathered to remember his life.

“At the time he was living in Berlin, Germany and he was there for a total of 17 years and he had leukemia back in 2007 and a hematologist Dr. Gero Hutter came up with an idea of potentially curing his HIV with a stem cell transplant,” said Tim Hoeffgen, Timothy’s partner.

Many gathered to commemorate and honor the life and legacy of Timothy Ray Brown, also known as “The Berlin Patient.”

Timothy’s life partner whose name is also Tim shared that by the end of 2007 it appeared Dr. Hutters treatment was a success.

“It worked and eventually he became known as ‘The Berlin Patient’ because he didn’t give his name out back then, he was like a medical marvel,” said Hoeffgen.

A medical marvel who paved the way for many, creating a path of possibility and perseverance.

“That was an inspiration for so many to seek treatment and to know that there was hope in science and there was a light at the end of the tunnel that would allow us to come back to a normal life as we knew it before the aids pandemic,” said Dr. Conrado Barzaga, CEO with Desert Healthcare District.

As friends gather to remember Brown, today’s world draws a lot of parallels to the aids pandemic, local leaders hoping the community learns from his story.

Those closest to Brown sharing what they will remember the most.

“He brought a lot of hope to people living with HIV and he was well known here in palm springs and nationally, and internationally. He went out and spoke everywhere across the country and he was just a very kind and gentle soul…yeah,” added Hoeffgen.

Timothy Ray Brown passed away at the age of 54.