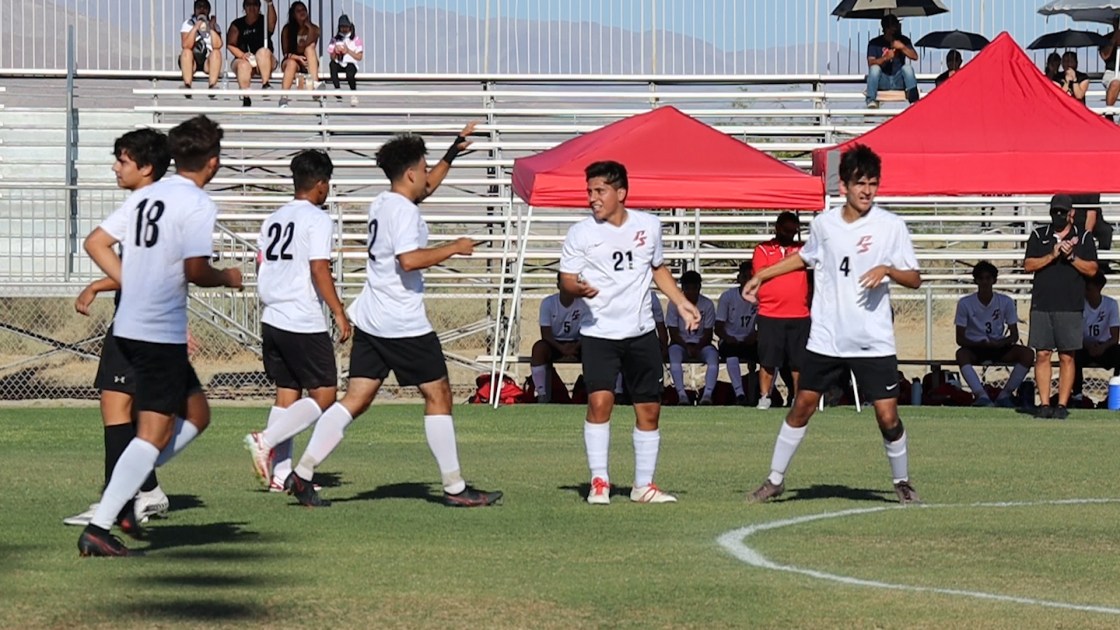 Going undefeated, no matter which sport or even how talented a team is — it’s incredibly hard to do.

Well, not for the Palm Springs high school boys’ soccer team! The Indians finished with a perfect 10-0 record in the desert empire league, and an overall 10-0-1 record this year. Their tie was a non-league game against Beaumont high school.

During a pandemic, with only a few weeks to prepare for league play, Indians’ head coach, Jimmy Jordan is impressed, but not at all surprised of this season’s outcome.

“Normally, you know, we’re preparing for the season year-round, and this year, we had three weeks to prepare. So it really came down to the ability of the boys to adapt and have the mental strength to deal with all the changes and to come out and perform.”

Especially for the seniors on the team, like Alejandro Lupercio, this was a great way to finish league play.

“You know, this year has been full of excitement and surprises. I think every single one of us deserves to be a champion.” 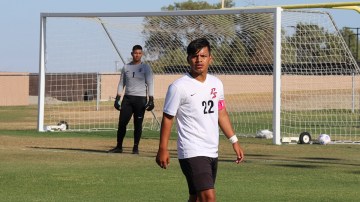 “It’s amazing.” Senior Arni Donis says, “I mean, to end off senior year, feeling like this, with a championship, it’s like, dang, we’re here.”

“Every time we win, every game, I just feel like we all did as a team.” Says senior Geo Rosario, “Not just me as a leader, but we all did it because we all put in the same effort and hard work.”

Coach Jordan says that this team was firing on all cylinders, all season long.

“You know, our defense has been excellent with Andy as our goalkeeper, Arnie leading the back. But I think the most special part of our team this year is probably the trio of midfielders that we have, they’ve done an excellent job. A couple people asked us ‘who do we have to stop, you know, in order to beat you? And I don’t think there’s one guy you have to stop, there’s quite a few people you have to worry about.” 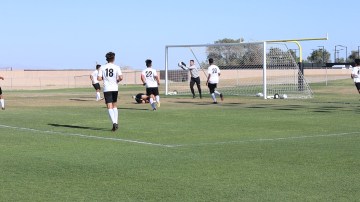 What is next for this team? CIF-SS playoffs. The Indians are in division five, and according to the last CIF-SS poll, they are ranked at number 6 overall in the division. With high expectations, comes the demand for near-perfection, according to coach Jordan.

Last year, Palm Springs’ playoff run began and ended in the first round, they lost to Desert Hot Springs. As the Indians are riding high off a great season performance, the players know where their focus lies from here on out, take it from Geo.

“The first goal, is to try to get past the first round, then we take it after that. It’s expect the unexpected.”

Possibly the biggest key to any championship team is team chemistry, and Geo thinks that a team bond is more important than people might think.

“You could have the best players in the world, but if they can’t play together, you don’t have a team.”

Alejandro also believes that this team definitely has a strong bond.

“Even off the field, we’re constantly creating a bond that can work on the field. You know, it’s just the small things in life that help bring us together on the field.”

“We all want each other to strive for the best.” Geo explains, “so if we see each other not performing the way that we should, and we know we could, we are all coaching each other. It’s like automatic, we know what we need to do, and it just helps us perform better in the games.”

Coach Jordan says that because of their league success. the Indians are seeded higher for playoff brackets, meaning they have a really good chance of a home game for the first round on Thursday, May 13th, but that is not what coach is most excited about.

“We’re not playing our best yet, which actually has me excited because I know that we can do better.”